Former Kolkata Knight Riders (KKR) skipper Gautam Gambhir has heaped praises on Punjab Kings skipper KL Rahul and has said he can score 2-3 centuries in a season like Virat Kohli did in IPL 2016, where he scored 973 runs in the season.

KL Rahul has been the most prolific run-scorer in the IPL since the Punjab-based franchise reserved his services. He has been among the leading run-scorers in all seasons. Currently, he has scored 331 runs while averaging 66 in seven matches of the IPL 2021 so far.

Also Read: KL Rahul gives testimony of the unity of the Indian team

However, Gambhir believes KL Rahul’s best is yet to come and he can have a breakthrough season in the IPL and can score 2-3 centuries as Virat Kohli did in 2016.

“We haven’t seen the best of KL Rahul. Yes, he has got runs, but we still haven’t seen, what he can achieve in his batting,” Gambhir told Star Sports show Game Plan.

“You could have a season like Virat Kohli had once. He’s that kind of a player in white-ball cricket, where he can get 2-3 hundreds in a season and at a very good strike rate as well,” he said.

Meanwhile, Gambhir mentioned the condition of the UAE will suit Mumbai Indians, who had a brilliant season last year. Mumbai Indians and Chennai Super Kings will resume the IPL 2021 on September 19 in Dubai.

Also Read: KL Rahul says getting a hundred at Lord’s makes it special

“When you see the conditions in Chepauk or Delhi, they are completely different from what you get at Wankhede. And, as I mentioned, they are going into conditions that are suited to their fast bowling – people like Jasprit Bumrah, Trent Boult,” Gambhir said.

“There will be swing upfront, so they will be very dangerous. Plus, Mumbai wants balls to swing and you’ve got quality fast bowlers and it’s going to be an advantage for them.

“Plus, their batters, want the balls to come on to the bat as well, people like Rohit Sharma, Hardik Pandya, all those guys struggled at Chepauk, because it was gripping and turning.”

Mumbai  Indians are currently sitting at fourth in the points table with four wins out of seven games they have played so far. 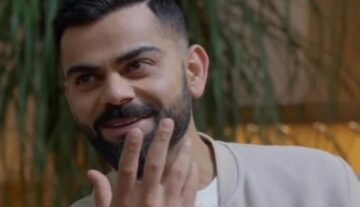