With the start of the second leg, Kolkata Knight Riders have come with different plans and ideas which kept their playoffs’ hopes alive by winning their 3 matches out of the 4 games they played so far in the tournament. While on the other hand, Punjab Kings have won two out of their three matches so far in the second leg of the phase leaving the hopes of playoffs in the hands of luck on the basis of their net run rate. This upcoming match will ensure the place of either team to some extent of going to the next round.

In the current season, Punjab Kings captain Lokesh Rahul has made 422 runs in his 10 innings in the race for the Orange Cap, which includes 4 half-centuries at an average close to 52. If there is any danger for Kolkata Knight Riders who can break their hopes, then it is the captain of Punjab Kings. But Kolkata Knight Riders also have a trump card in the name of Sunil Narine.

ALSO READ: Chris Gayle To Leave Due To Bio-bubble Fatigue

The toughest bowler in IPL history will have a chance to restrict Punjab Kings to a low score again who has taken 5 wickets in the last two matches, 2 wickets against Delhi Capitals, and 3 wickets against Chennai Super Kings. Although it is clear Sunil Narine will be ahead in this battle with his magical variation but interesting to see how to run machine KL Rahul goes against him.

Mohammad Shami, the most successful bowler of Punjab Kings, has taken 14 wickets in the tournament in 11 matches and he has managed to take early wickets. Punjab Kings would like their experience bowler Shami to be given the starting hiccups to the team of Kolkata Knight Riders so that Kolkata can be stopped on a low score at such a crucial point.

Kolkata Knight Riders have an excellent batting line-up but all eyes will be on Rahul Tripathi who has impressed with his batting. Tripathi’s knock of 45 runs in 33 balls against Chennai Super Kings said a lot about his talent. Rahul Tripathi knows the contact of bat and ball very well and it will be worth watching how it turns out to be a collision between two players.

Punjab Kings’ second most successful bowler after Mohammed Shami, if there is anyone, it is Arshdeep Singh who has taken 13 wickets in 9 matches and Punjab Kings would like Arshdeep Singh to continue his recent performance and lead Punjab Kings to victory. Be it over the middle of the match or the death overs, if there is one player who can bring excitement to the match, then it is Andre Russell. Kolkata Knight Riders are going through some such phases of uncertainties and they will be expecting top-notch innings from Andre Russell in the coming matches to ease theirs for the playoffs. 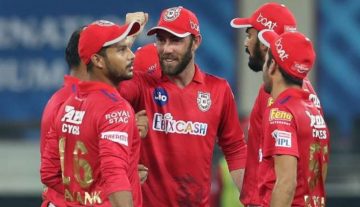 News
By SMCS - Nov 27, 2021
Punjab Kings unlikely to retain any player before the mega auction