Former India player Irfan Pathan said that KL Rahul regaining his form is the best news for India at the T20 World Cup 2022. Rahul scored 50 runs off 32 balls in the Men in Blue’s Group 2 Super 12 clash against Bangladesh in Adelaide on Wednesday, November 2. His knock, alongside an unbeaten half-century from Virat Kohli and a quick 30 from Suryakumar Yadav, helped India set a huge 185-run target for Shakib Al Hasan-led Bangladesh and they eventually won the match by five runs via the DLS method.

Pathan said: “The other problem was that he was not practicing on the ground a day before the match, he was practicing indoors. That is not similar. Despite that, you came to the ground feeling better and showed your aggression. Virat Kohli was showing amazing gestures on every shot. Virat Kohli spent a lot of time with him, gave him the confidence but the batter has to do it himself. The job he did today, Rahul will feel much better.”

While reviewing the game on Star Sports, Pathan further shared: “KL Rahul coming in form makes the Indian batting unit extremely formidable because if your opener comes in good form on Australian grounds, your batting unit becomes strong. There cannot be bigger news than this for the Indian team in this World Cup that KL Rahul has regained his form. Hardik Pandya and Dinesh Karthik missed out today, if they had scored runs, and along with them Suryakumar Yadav, then KL Rahul’s value as an opener becomes even bigger.” 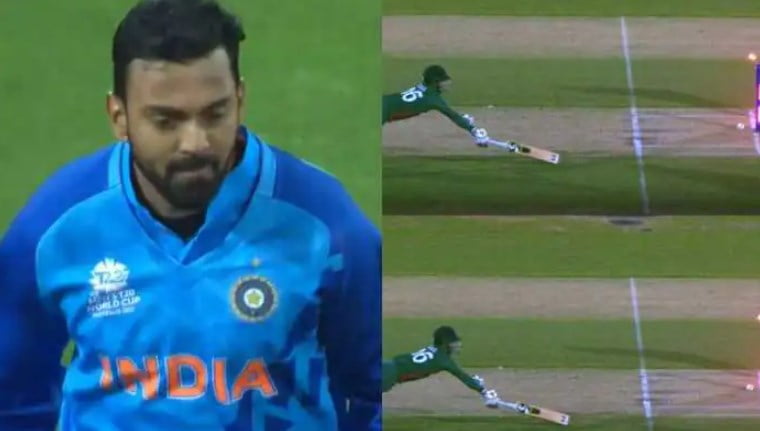 However, KL Rahul followed up his half-century with a stunning direct throw from the deep to run out Litton Das (60 off 27) at the non-striker’s end. However, his dismissal changed the momentum of the game as they lost their next five wickets within 40 runs as well.