During this lockdown, many cricketers have had engaged in live sessions of Instagram during which they have had discussions over cricket. Recently, former Indian all-rounder, Irfan Pathan caught up with the Indian opener, Shikhar Dhawan and the two had a great discussion regarding the game.

During their interaction, the Baroda all-rounder brought Dhawan’s attention to a comment made by David Warner, which Pathan said he didn’t like at all. During the session, Pathan talked about Warner’s comment during his live session with Rohit Sharma. In that session, Warner had said that Shikhar Dhawan doesn’t like facing the fast bowlers and would want to face spinners instead.

Pathan opined that the Australian shouldn’t have said what he did. He also took a dig at Warner saying that if he was playing on a turning pitch, he would ask his batting partner to take more strike.

Former Indian all-rounder, elaborated, “I remember your first ton was against Australia. No matter whether you play against Australia at home or away from home, you have to play their fast bowlers. Talking about Champions Trophy, you faced many fast bowlers and scored runs against them. I disagree with what he said. If I put Warner on a rank turner, even he wouldn’t be comfortable, he might ask Steve Smith to play. There are certain things one shouldn’t say.”

Talking about this, Dhawan said that he understands that he has to play fast bowlers as he opens the innings. He also disagreed with what his former SRH opening partner had said. Shikhar said that he has opened the innings in all three formats for a long time now, so it can’t be like he doesn’t like facing pacers.

Shikhar explained, “No, I disagree with that. It’s not like I don’t want to face fast bowlers. Everyone has their views, I am an opening batsman, so I have to play pacers. I might not face them in the first over but I have to face them in the second. It’s been eight years since I have been opening for India. And I am one of those players who opened in all three formats of the game.” 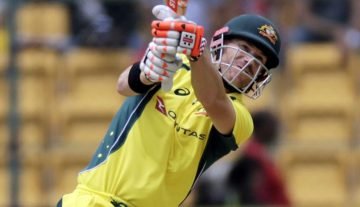