India pacer Ishant Sharma finds it “funny” that people are asking Jasprit Bumrah’s “ability” after a few matches where he failed to take wickets. He joined Mohammed Shami in responding to those who started asking about the form of Jasprit Bumrah.

“It’s funny that perceptions changed after one innings. For two years, we have always taken 20 wickets, myself, Boom (Bumrah’s nickname in Indian dressing room) and Shami along with Ash or Jaddu (at home). How can people question on the basis of one innings (Test)?” Ishant asked. “I don’t think anyone doubts Boom’s ability. Since his debut, what he has achieved for India, I don’t think anyone should raise any questions.”

He finished the second day of the first Test with the figures of 3 for 31. New Zealand pacer Tim Southee also backed Bumrah, who called him a “world class bowler”.

Read here: Indian Women Cricketers to Feature in ‘The Hundred’?

“I can understand we are discussing on a topic (after a certain length of time) not just after 2-4 games. Just because he hasn’t performed in two games, you can’t just ignore his ability to win matches,” Shami had said earlier.

“I don’t think there’s anything wrong. He is a world-class bowler. He is obviously coming back from injury, but he is a quality player, and we know a great performance is never far away when you’re a quality player,” Southee said.

Tim Southee, however, is happy that they were able to play Jasprit Bumrah quiet well.

“Hopefully, we can keep him quiet for the rest of the tour, but good players never stay down for long. I am sure he is working extremely hard behind the scenes to take wickets. Sometimes you can bowl really well and actually not get the rewards you are after,” said Southee.

“There might have been a few games during the one-day series and the games so far he’s played where he has actually felt really good, but hasn’t taken a wicket. So as I say, he’s a world-class bowler, and hopefully, we can keep him quiet for the rest of the tour,” Southee concluded. 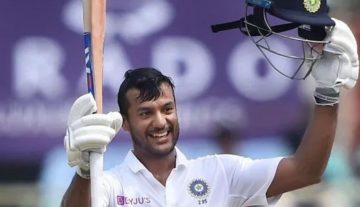 Article
By Shruti - Feb 17, 2020
Mayank Agarwal Doesn’t Want to Think About Past