West Indies limited-overs captain Kieron Pollard said that he was proud of the team despite losing the ODI series to India in the third and final game in Cuttack. West Indies lost by 1-2, the same margin that they lost the T20I series prior to the ODIs against the same opposition. However, the captain saw the positives of the series.

“There’s not much to be disappointed. We live in a result oriented world where results matter. But if you look at where we are from where we’ve come from, I can’t fault the boys, they showed their mettle,” he said in the post-match presentation.

“I’m proud of the guys. The total attitude from the team. Yes we faltered with the ball and in the field, but India yet again pushed us hard and showed why there are the number one team in the world. Well played to India. We competing with them was fantastic.”

It was not long that West Indies had failed to beat India in a single match across formats back in the Caribbean. Under Kieron Pollard, they have done much better. West Indies beat Afghanistan 3-0 in a three-match ODI series in India, before losing 1-2 in the T20I series.

“There’s a lot of exciting talent in West Indies. It’s just a matter of expressing ourselves. There’s a lot to look forward to in the future,” Kieron Pollard said. “Shimron Hetmyer had a good couple of knocks, Nicholas Pooran has his superb ball striking, Shai Hope and his consistency and the salute guy (Sheldon) Cottrell. I believe there is lot to look forward in the future. For me it’s trying to contribute when it’s necessary and it’s been a good series for both teams.” 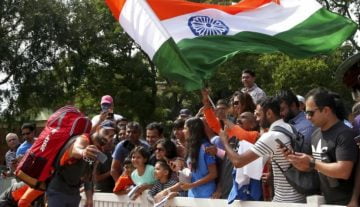