India head coach Rahul Dravid has stated that there are no concerns around KL Rahul’s batting form, claiming the team management completely backs Rahul who is going through a lean patch in T20 World Cup 2022. Dravid has also said that the leadership group, including captain Rohit Sharma, has shown full faith in Rahul as well. 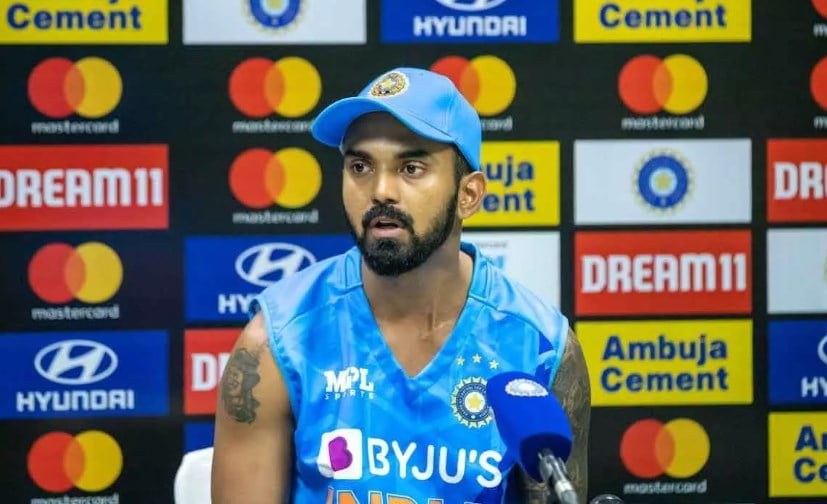 Speaking to the press on the eve of the Super 12 match against Bangladesh in Adelaide, Rahul Dravid said that he is quite happy with the way KL Rahul has been doing well at the nets and that he is hopeful of him finding form in the coming games. India, who lost to South Africa in Perth on Sunday, will try to bounce back against Bangladesh in their 12th meeting in T20I cricket.

“No, not at all (his technique, and mindset bothering you?). He is a fantastic player, he has got a proven track record. He is batting superbly (at the nets). And these things can happen. In a T20 game, it’s been tough. It’s not been easy for top-order batters in this T20 World Cup. The ball has been doing a bit,” Rahul Dravid told the press on Tuesday.

“I thought he was superb in the practice game against Australia, against the likes of Mitchell Starc and Patrick Cummins and it was a pretty good attack and he batted superbly on that day. He is actually playing really well, I just hope it all clicks together in the next couple of games. We all know his quality, we all know his ability. He is really suited to these kinds of conditions, these kinds of pitches. He has got a good all-round game, good backfoot game, which is very essential in these conditions. We are pretty happy with the way he is hitting it,” Rahul Dravid further added.

While talking about KL Rahul can afford to take some more time in Australian conditions where the new ball has done a bit, Rahul Dravid said that there are no concerns about his batting approach in the tournament.

“In these conditions, we are able to afford him that time. We have no concerns about him, we completely back him. When he gets going, I know the impact this guy can make,” he added. “Yeah, we have a lot of conversations with our players. It’s hard to get into exact details. Rest assured, I think both in words and in action, over the last year, he knows he has our support. He knew that.”

“There has been a lot of clarity about what this side was going to be and we haven’t wavered from that. Yes, you might have seen different players because of the amount of cricket we play. He has had phases where he has unfortunately been injured. With all of our players, that’s really the great thing about Rohit that he has shown them confidence and belief,” Rahul Dravid concluded.