Indian speedster Mohammed Siraj has become a key part of the team ever since he has donned the jersey in Melbourne during India’s series win against Australia. And, former India player and batting maestro Sachin Tendulkar has recently praised his spirit and said that the energy he displays makes all the difference as well.

While speaking to Boria Majumdar on ‘Backstage with Boria’, Tendulkar applauded the speedster’s body language and how quickly he has adapted everything. However, his Test debut came when experienced pacer Mohammad Shami got injured during the series Down Under. And, with the end of that series, having played just two Tests, he stole the show as the team were hit with a lot of injuries and had to play with a new bowling attack in the final match at the Gabba as well.

Notably, Mohammed Siraj scalped a five-wicket haul as India won in Brisbane. And, since then, he has become one of the vital cogs in the playing XI, especially on overseas series as well.

“He’s a proper fast bowler and his body language is so positive. That’s what I like. He is a fast learner, you know. In fact, last year when he played in Australia, he made his debut in Melbourne, but it never appeared like he’s playing his first match. I felt like this guy has been around for a while, that was the maturity he showed. He built up his spells so beautifully there. And from there on, he’s not looked back. And every time I see him, there is something new that he has introduced,” Tendulkar concluded.

Thank you @sachin_rt sir for this . It is a huge motivation for me coming from you .. I will always do my best for my country .stay well sir https://t.co/3qJrCBkwxm

Reacting to the video, Mohammed Siraj wrote: “Thank you @sachin_rt sir for this . It is a huge motivation for me coming from you .. I will always do my best for my country .stay well sir.”

However, Mohammed Siraj is likely to play an important role in India’s upcoming Test series against South Africa. The first Test is slated to take place in Centurion which will start on December 26. 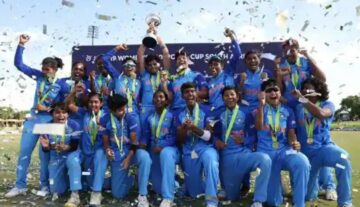