MSK Prasad who has donned the chief selector’s hat in 2015, has come in the limelight many times as he has given many opportunities to the youngsters like Rishabh Pant and Shreyas Iyer. Many players did pretty well under his reign but failed to win any of ICC trophy. However, the exclusion of Ambati Rayudu from India’s World Cup 2019 squad came in the news.

although Ambati Rayudu was in the standby list, he didn’t get any chance as even after injuries to Shikhar Dhawan and Vijay Shankar, he failed to get the chance and the team management selected Rishabh Pant and Mayank Agarwal as replacements in the team. Later, Rayudu announced his retirement from all formats of cricket but once again he came out of it as well.

However, in an interview with Sportstar, MSK Prasad also revealed that the decision of his omission was touch and go issue as well. Moreover, India failed to win the title as they lost to New Zealand in the semi-final.

“I felt seriously for Rayudu. I can clearly say that. It was very touch and go issue. Our committee always felt that he should be on the radar of Test selection after the 2016 Zimbabwe tour. And, I spoke to him as to why he was not focussing on Test cricket. If you remember, based on the IPL performances, we picked him for ODIs, which may not look appropriate to many,” said Prasad as quoted by Sportstar.

“Then, we focussed on his fitness for one month at the NCA, helped him there. He has delivered to an extent. Unfortunately, I am also hurt at what happened to him (apparently referring to the 2019 World Cup selection when Rayudu was ignored) having played with him. I feel bad for him,” MSK further added.

As far as India’s current series is concerned, they have been in great form in both home and away games. While they won against South Africa, West Indies, Bangladesh and Australia at home recently and New Zealand in T20I series at their backyard. 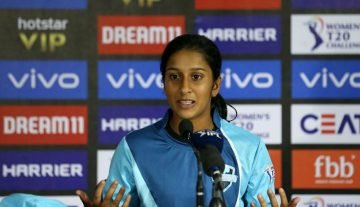