Former England captain Nasser Hussain backed Eoin Morgan as he believes he shouldn’t remove himself from playing eleven in the T20 World Cup because of his poor form in recent times. He also stated that Morgan will have a lot to contribute as a captain in the upcoming event.

While speaking on Sky Sports, the veteran cricketer turned renowned commentator suggested that England should play with Eoin Morgan, irrespective of his poor show with the bat in recent times. Hussain said that Eoin Morgan is a unique player who can shine at the showpiece event. He cited the example of how Kolkata Knight Riders bounced back in the UAE under his leadership after having finished at seventh in the first half of the Indian Premier League. They even reached the final where they lost to CSK.

Nasser Hussain again said: “Morgan plays and captains. Even if he is not getting any runs, he plays and captains. He is a unique, streaky player who could turn up at the tournament and absolutely smash it. You only need to look at the IPL final to see how important captaincy is. Morgan and MS Dhoni – two of the greatest white-ball captains there have ever been. Kolkata were a shambles in the first leg of the IPL season but Morgan dragged them up into a final.”

However, Eoin Morgan could only manage to score 137 runs from 17 matches in the latest edition of the IPL which came at a disappointing average of 11.08. He also had an unimpressive strike rate of 95.68 in the season as well. Despite being this, Hussain believes Morgan is a ruthless captain and he should be there. And, England are scheduled to open their T20 World Cup 2021 campaign on October 23 against defending champions West Indies at the Dubai International Stadium.

Hussain concluded: “I think Malan has earned the right to be given first dibs at the No. 3 role but we know how ruthless Morgan can be. You only need to ask David Willey, who was left out ahead of the 50-over World Cup, or Alex Hales, who Morgan says has broken trust. Can he say to the No. 1 batter in the world, ‘We are going in a different direction?’ He can be ruthless and he will be.” 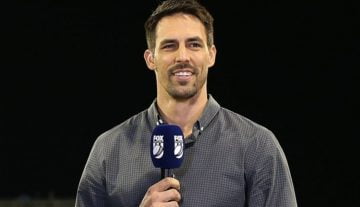