Virat Kohli’s childhood coach Rajkumar Sharma has shared that Indian captain Rohit Sharma and coach Rahul Dravid’s inputs will have been taken into consideration while choosing the team for the West Indies series. The selectors, however, named the teams for the T20I and ODI series against West Indies at home next month. There have been quite a few changes in both squads as well.

While talking about the team selection, Rajkumar Sharma on the Khelneeti podcast: “I am 100 percent sure Dravid and Rohit must have been given the team they wanted. I don’t think any selector would have resisted it. They should not because, at the end of the day, the captain and coach have to play the team.”

Rajkumar Sharma further added: “But on what basis the Indian team has been chosen is something that can be debated. Which performances were taken into consideration? Were these players doing well in domestic cricket?”

Notably, young leg-spinner Ravi Bishnoi has earned his maiden call-up and has been picked in both squads. Meanwhile, Deepak Hooda finds a place in the ODI squad while left-arm spinner Kuldeep Yadav has also been recalled in the squad.

On the other hand, batting all-rounder Venkatesh Iyer has been dropped from the ODI squad whereas the opener Ruturaj Gaikwad, who was in sublime form in both T20s and the 50-over format, has been added only to the one-day squad but not in the T20 squad as well.

Former India selector Saba Karim said: “Captain Rohit Sharma was present in the selection committee meeting. Coach Dravid and Rohit’s influence is visible in the team selection. So many changes taking place prove that the team management and selectors haven’t found the combination they want. They want to try out new players to see whether they can fit into the T20 and ODI scheme of things in the near future.”

Karim concluded: “This is very much an unsettled Indian team. Dravid and Rohit are trying to move the team in a direction so that in the coming times it wears a settled look. They are seeking those 15-16 players who can represent India in the upcoming World Cup.” 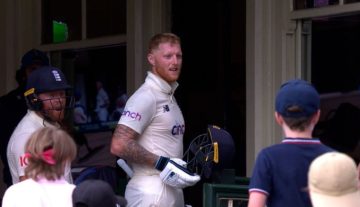