The Royal Challengers Bangalore (RCB) will be playing their first match of IPL 2022 on March 27 as they will be locking horns with Mayank Agarwal-led Punjab Kings (PBKS). The match will be taking place at D.Y. Patil stadium, Navi Mumbai. The Bangalore-based franchise will be led by Faf Du Plessis, The former South African captain.

Parthiv Patel, during a chat with Cricbuzz, has confessed that Mohammad Siraj will play a huge role in the franchise. The former opener has spent time with Siraj as he used to play for RCB in previous editions. He even went on to say that he will be one of the key players for RCB.

You won't find a more dedicated speedster than @mdsirajofficial. 💪

Parthiv Patel said, “Mohammed Siraj had scalped 11 wickets in the 15 matches that he played in IPL 2021. What surprised everyone is the economy of the pacer, He had an economy of 6.78, which is tremendous in modern T20 cricket. He bowled some extremely tough overs for RCB and nailed the yorkers in death overs.”

Siraj was retained by the Bangalore-based franchise, He was their 3rd retention pick. The pacer was retained for the amount of INR 7 CR. 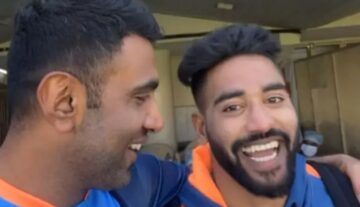