Royal Challengers Bangalore (RCB) pace bowler Harshal Patel is all set to play for the franchise once again in the 2022 edition of the Indian Premier League (IPL). The veteran has been a star performer for RCB and is likely to be one of their key players again this season too as well. However, Patel was not retained by RCB before the IPL 2022 auction, but they bought him up for a whopping INR 10.75 crore. He, however, doesn’t look at the price tag as a burden but looks at it as an opportunity to go and showcase his skills. 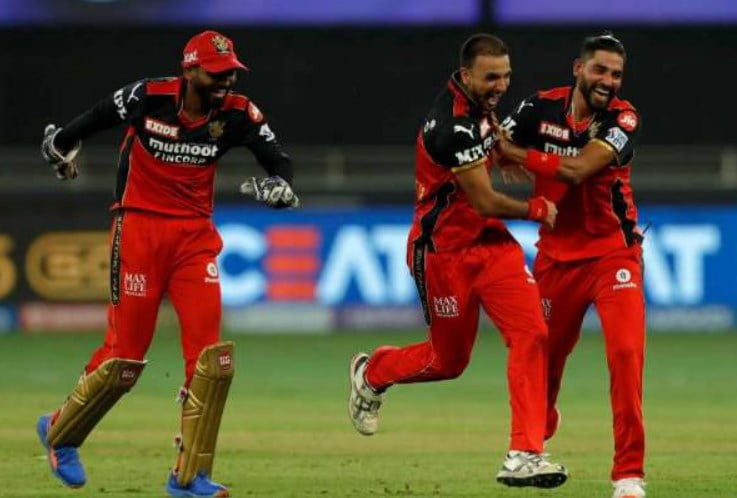 While speaking in a video uploaded by RCB on YouTube, Harshal Patel said: “Lot of pressure in terms of the responsibilities that are given to me and the standards that I have set for myself that I need to follow or even exceed sometimes. I don’t look at it as pressure but an opportunity and I am really excited for it.”

Meanwhile, Harshal Patel had a splendid IPL 2021 season, where he claimed a record-equalling 32 wickets. That earned him a maiden call-up to the Indian T20I side and he believes playing for India has given him a lot of confidence as well.

He further added: “Probably this year I will be more confident. Last year it was a record-breaking season and then whatever I did for India it is all going to add up. It has given me a lot of confidence in my ability and skill and I will take that confidence and go in this year’s IPL.”

Harshal Patel also opined on the prospect of working under the new captain Faf du Plessis. He believes that the former South African captain is the right man to take RCB forward and he is excited to work with him also. However, RCB begin their IPL 2022 campaign against the Punjab Kings on March 27 as well.

“I haven’t had any interaction with him before this but I really admire the kind of cricket that he plays, the way he carries himself and he is your role model. Really looking forward to playing under him. We were chatting about the same before the event and he said all the right things and ticked all the right boxes and I am very happy that he is going to be our leader.”