As the deadline of Indian Premier League (IPL) 2022 retentions is around the corner, franchises have started to finalise the list of players they wish to retain before the mega auction. While each of them is allowed to retain a maximum of 4 players, Rajasthan Royals have reportedly named the retention of their captain Sanju Samson as their first player. However, the names of players for the rest of the spots are still being discussed and a call hasn’t been taken yet.

As per a report in ESPNCricinfo, Rajasthan Royals have retained Sanju Samson prior to the new season for a price of INR 14 crore. Although he would’ve technically been retained for INR 16 crore as the franchise’s first retention, the management has managed to crack the deal worth INR 14 crore with him as well. However, if they want to retain 4 players and head into the auction, they would still have INR 48 crore as well.

On the other hand, as far as the other three spots are concerned, the names of Liam Livingstone, Jofra Archer Yashasvi Jaiswal, and Jos Buttler have come in front. However, all-rounder Ben Stokes filed to become a part of the discussion.

While Archer remains one of the best bowlers in world cricket, his injury and fitness issue has given Rajasthan management a few doubts in the last season. He didn’t just miss the entire IPL 2021 but also the T20 World Cup 2021 because of an elbow injury as well. Even, he won’t feature in the Ashes too which will begin next month.

Meanwhile, Jos Buttler’s current form in the T20 World Cup impressed everyone and it seems to have convinced the RR management too to retain him, and he is expected to be their second retention as well. Alongside him, Liam Livingstone, who did well for England in the T20 World Cup 2021, could be retained if they decide to leave Archer. Yashasvi Jaiswal, meanwhile, is the only other Indian cricketer whose name has been discussed. Since he is an uncapped player, he is likely to be retained and cost the franchise only INR 4 crores as well. 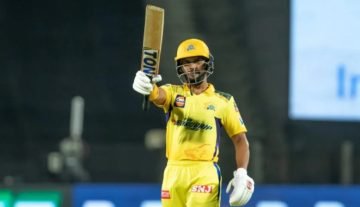