Former Team India head coach Ravi Shastri backed Royal Challengers Bangalore to make it to the cut of playoffs of the ongoing IPL, having played some good brand of cricket so far under new captain Faf du Plessis. After having started their campaign with a loss to Punjab Kings, RCB bounced back well and beat Mumbai Indians, Kolkata Knight Riders and Rajasthan Royals.

“I believe we will see a new champion this season. Royal Challengers Bangalore are on a roll in this IPL and they are definitely going to make it to the playoffs,” Ravi Shastri told Star Sports. “They are getting hotter and hotter as the tournament is progressing. They are looking in a good space. They are getting better and better with every game.” 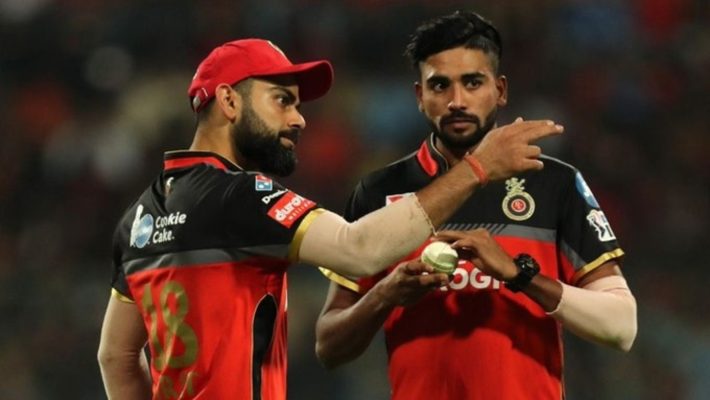 “Virat has been doing well, Glenn Maxwell is back with the side, and we all know how destructive he can be with the bat. He’s capable of taking the spinners to the cleaners and will be important from RCB’s perspective as the tournament progresses. And then, Faf being their leader is a big bonus for them,” Ravi Shastri concluded.

After their last win, Faf du Plessis said: “I think it is important from the top-order perspective. Batting again was a little tricky. But Maxi put the pressure back on them. But then two guys in form did well for us. Today was a bit about some planning. We haven’t been as good as we would have wanted at the death. The bowlers were fantastic today. Most teams can fall away quickly seeing so much of dew. But we stuck to our plans. Nice thing to have experience. When it is going well or not, you can reinforce the trust. DK is in the form of his life. Obviously lucky to have him in our side. I would like to have guys tell me before the game if there would be dew or not. Maybe on tired wickets we will bat first. Just one game at a time. It is important to stay calm and composed.”