Former India fielding coach R Sridhar praised former India head coach Ravi Shastri, saying that he was an outstanding man manager. Sridhar, who has spent 7 years in the Indian dressing room, named his tenure was the best phase of his life as well. He also shared that, under Shastri’s guidance, Team India harnessed bad days and learnt from them as well.

Sridhar was a key part of the Team India coaching set-up led by Ravi Shastri. Having not played international cricket, Sridhar played an important role in helping the team evolve into one of the best fielding sides in world cricket as well.

He continued: “Recently, Greg Chappell called up and asked Ravi Bhai, ‘How the hell do you bounce back after so many losses?’. That’s a benchmark for this team. Every bad day was harnessed, like a gold mine.”

Meanwhile, R Sridhar has also added that the members of the Indian support staff under Ravi Shastri had the freedom to express a different opinion and use it constructively for the team’s good as well. 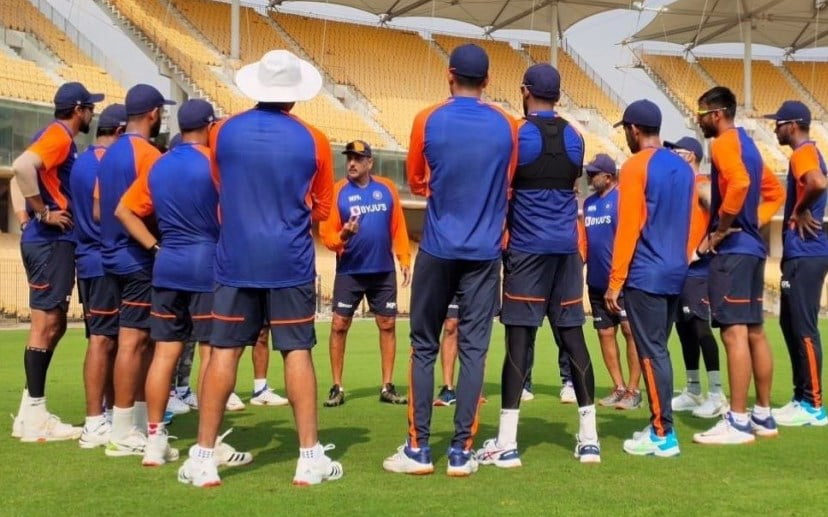 “I believe the difference of opinion is a must among coaches to arrive at the best conclusion. We always had differences of opinion — whether it was me, Ravi Bhai, Bharat sir, or Sanjay (Bangar) earlier and then Vikram (Rathour). But all of us were working towards the same goal. There is a subtle difference. We wanted the same thing for the team,” he said.

“Two might agree and one disagree on something. But having had that conversation on different viewpoints, we make a decision that’s best suited for Indian cricket. We never had that feeling that our viewpoints were rejected. With Ravi Bhai, you could always go and tell him, this is what is happening now, may be you should change the batting order, maybe talking to Sanjay or Vikram, backed by data, to tactically stay ahead in the game,” R Sridhar further added.

While talking about the working style of Ravi Shastri, Sridhar said that he always knew what the players wanted and did his best to give them as well. Notably, Shastri’s 4-year tenure has ended with the T20 World Cup and Rahul Dravid has replaced him as well.

“Leadership qualities and man-management skills. These are foremost of his (Shastri) qualities that come to mind. He could get things done whether it was from the CoA then or after that BCCI. He had a great stature and that was required. He was a players’ man and knew what players wanted and helped them remain in that space. A good leader and outstanding Man Manager,” R Sridhar concluded.