Wrist spinners wrote another dominant victory for India against Sri Lanka in the first T20 International match at Cuttack, where they outplayed their opponents in every aspect to register a record 93- run win. Yuzvendra Chahal was the pick of the bowlers with a four-fer, while Kuldeep Yadav supported him well with 2 wickets.

Chasing 181, Sri Lanka never went off to a start which was needed to climb this target. Jayadev Unadkat opened the account for India in his first over before Chahal’s arrival, which changed the direction of the match in one way. First he removed dangerous looking Upul Tharanga in his first over, which was followed by Angelo Mathews in the next one.

One after one, Lankan batsmen followed each other in the pavilion as they lost their entire wickets under 16 overs. Man of the match Chahal registered figures of 4-0-23-4 and his partner in crime gave only 18 runs for his 2 victims.

Now, both teams will travel to Indore for the second game. It will be tough for Sri Lanka to turn things around in last both matches to register a series win. 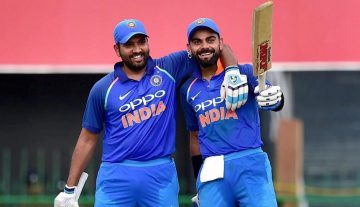