Former captain of Delhi Capitals, (DC) Shreyas Iyer has applauded the captaincy of Rishabh Pant in the 2021 Indian Premier League (IPL). he also stated that he respects the franchise’s decision to continue with Pant as skipper for the rest of the season.

Notably, Shreyas Iyer (47 not out) and Pant (35 not out) added an unbeaten 67 run-stand for the third wicket against Sunrisers Hyderabad (SRH) on Wednesday and helped the team win by eight wickets in a chase of 135. At a post-match conference, Shreyas Iyer was asked about this and he replied in a great way.

He said: “When I got the captaincy, I was in a different frame of mind. My decision-making and temperament level was really good. It really helped in the last two years. But obviously, this is part of the decision-making from the franchise. I respect the decision they have made to continue with him (Pant) as captain.”

While praising Rishabh Pant’s captaincy, Shreyas Iyer shared that his focus as a batter remains unchanged. He wants to win as many matches for the franchise as he can. “As for Rishabh Pant, he is leading really well from the start of the season. That’s why the decision-makers took the call to let him continue till the end of the season. I completely respect it. There is no drastic change as such and it isn’t like I am focusing even more than before on my batting. As captain, I like to soak in the pressure. With pressure comes challenges, and my mindset is such that I perform well in pressure situations,” Shreyas Iyer further added. 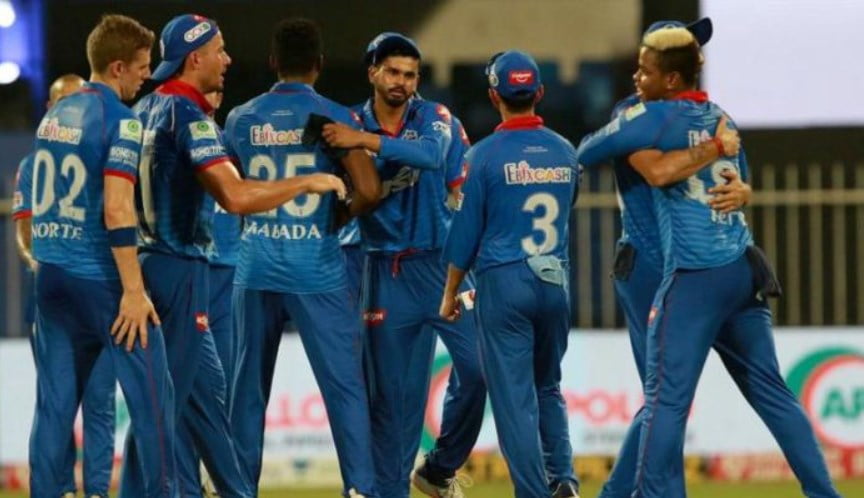 While speaking specifically about his recent knock against SunRisers Hyderabad, the right-handed batter said: “Even today when I went into bat, there was pressure. We had to win the game and the wicket was a little uneven. As a main batter, it is my responsibility to finish the match. Whenever I play, I want to bat till the last ball and try and ensure the team wins.”

However, Shreyas Iyer had sustained a painful shoulder injury that he suffered during the white-ball series against England earlier this year that ruled him out of the first half of the IPL as well. Had things gone as per the plan, he would have been leading Delhi Capitals right now.

“It is a really good feeling to be honest. I wouldn’t say I would be satisfied because the hunger has just gone up and the appetite keeps on increasing every match you play. So I wouldn’t say I am satisfied or content,” Shreyas Iyer concluded.