Former Pakistan captain Salman Butt agreed with new PCB chairman Ramiz Raja that the current situation is not good for the resumption of Indo-Pak cricketing ties. According to him, there are too many ‘political differences’ between the two nations as well.

However, at his first press conference after taking over as Pakistan Cricket Board chairman, Ramiz Raja was asked if there is any possibility of Indo-Pak ties resumption. To which he said, “Impossible right now”. And, backing Raja’s views, Butt also stated that relations can only improve if both countries want as well.

“Ramiz Raja gave a very reasonable response when asked whether Indo-Pak ties could be brought back on track. He candidly stated that it is impossible as of now. There are a lot of political differences and a gap has been created in the relation between the two countries. Yes, somewhere along the line, the situation could improve. But, immediately, it is impossible, which is quite right,” he said.

Salman Butt further added that the resumption of cricketing ties with India is not his priority now but improving the overall structure of cricket in Pakistan is.

Butt said: “He [Raja] doesn’t seem to be in a hurry as well to improve Indo-Pak relations. Action can only take place when both sides are ready, you cannot clap with one hand. This is definitely the right way to look at it.”

According to Salman Butt: “Also, right now this is not the issue at hand. What’s important right now is to improve Pakistan cricket and its infrastructure. Players have to be given the right path to move ahead. Everything should be on merit. These are things that Pakistan need to focus on at present. Yes, we all wish to see India-Pakistan matches. Fans on both sides are eager for the same. But some people think differently. At the moment, what they are thinking is happening. So this is not the time to think or talk about it.”

However, India and Pakistan have been taking on each other only in ICC events in the last few years. They will play against each other in the upcoming T20 World Cup on October 24 in Dubai as well. 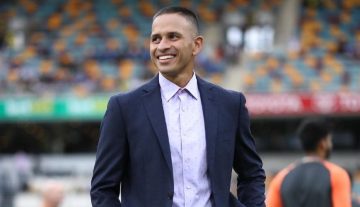