England player Sam Billings got engaged to his long-term girlfriend Sarah Cantlay on Saturday, November 20. Cantlay, who has born and brought up in England, is a tennis player and has so far won numerous awards in her career. She is also a graduate with a major in psychology as well.

Meanwhile, Billings plays for England for the last six and half years after making his debut way back in 2015. The 30-year-old recently returned home from the T20 World Cup 2021 in the United Arab Emirates and Oman. However, he has announced the news on social media.

Sam Billings has uploaded three pictures where Sarah Cantlay can be seen wearing the engagement ring. He has captioned the pictures and wrote, “Mrs B to be! Luckiest man in the world.”

As far as Sam Billings is concerned, he didn’t have a great campaign in the tournament. He didn’t bat in the warm-up match against India. However, after that, he has scored an unbeaten 27 against New Zealand at the Tolerance Oval. In the semi-final, he didn’t get to bat as well. He has played 25 ODIs and 33 T20Is, amassing 607 and 417 runs respectively with one century and six half-centuries in his kitty so far. 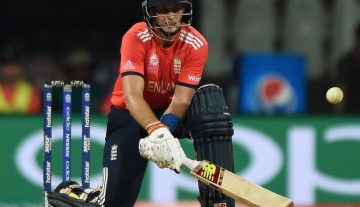 News
By CricShots - Jan 13, 2022
Joe Root Doesn’t Want To Comprose On Playing For England To Take Part In IPL