The Indian stand-in skipper, Rohit Sharma played phenomenal innings in Rajkot as India demolished Bangladesh by eight wickets to draw level at 1-1 in the three-match T20I series. Despite failing in the opening T20I, he made a strong comeback in the second match by blasting 85 runs off 43 balls as India chased 154 for a win.

Playing 100th T20I for India, Rohit Sharma smashed six fours and as many sixes as India overhauled the target with 26 balls to spare. Former India opener Virender Sehwag lauded Rohit Sharma for his blistering knock, saying what Rohit can do, sometimes even Virat Kohli can’t manage.

On a video posted by cricbuzz, Sehwag can be heard saying, “When (Sachin) Tendulkar played, he used to ask ‘even you can do what I do’. But he wouldn’t understand what he can do, others can’t. Rohit Sharma is that of a player. What Rohit Sharma can do, may be even Virat Kohli can’t. In one over, hitting 3-4 sixes, scoring 80-90 runs off 45 balls — have not seen Kohli do it many times.”

Rohit’s dominating innings helped India bounce back in style from defeat and take the three-match T20I series into a decider. Spinners Yuzvendra Chahal (2/28) and Washington Sundar (1/25) bowled exceptionally to put the brakes on the Bangladeshi innings and help India restrict the visitors to 153 for six.

India’s chase began at break-neck speed with Rohit smashing taking the Bangladesh bowlers to the cleaners. He along and opening partner Shikhar Dhawan added 118 runs for the opening wicket with the former Sharma completing his 18th half-century in just 23 balls.

Shreyas Iyer took India over the line, remaining unbeaten on 24 off 13 balls. The third and final T20I will be played at the Vidarbha Cricket Association Stadium in Nagpur on Sunday. 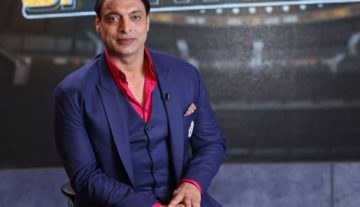