Legendary Australia spinner, Shane Warne went on to recall his first meeting with the legendary Indian cricketer, Sachin Tendulkar, his long-time arch-rival in his playing days and heaped rich praises on him. Warne made his international debut three years after Tendulkar but their rivalry continued till the end of their careers. Both the greats of the game had a career which can’t be termed as normal from any angle.

While, Sachin Tendulkar made almost every batting record his own, Shane Warne retirement after becoming the second-highest wicket-taker in the longest format. The duo share a great bond off the field and shared a lot of mutual admiration for each other. Recently, while commentating in the ongoing Test match against England and Pakistan, Warne recalled his first encounter with Sachin Tendulkar.

Warne recalled, “When I first saw Sachin Tendulkar in the first Test, he was 21. But looked about 10. I thought this guy was pretty special. He’s smacking us all over the park and he’s 10 years of age. You can tell when players come out and it’s the time they’ve got. That’s the class about them. You can tell that about good players… the time, elegance… it all looks easy.”

Shane Warne, who finished his career with 708 Test wickets, explained that Sachin would hit the bad deliveries to the boundary and not into the hands of the fielder and that defined his class and elegance as a batsman.

The bowling legenda elaborated, “The good players, if they get a good ball to score off, they don’t hit the fielder, they find the gaps, hit it to the boundary and that puts pressure back on the bowler.”

ALSO READ: Virat Kohli Works-out Hard In The Alley Of His Room In UAE

He further added, “That means as a batsman, you can get more bad balls. If you’re just looking to survive and you haven’t got that intent as a batsman as a bowler you feel like you can bowl wherever you want and the batsman is not going to hurt you.” 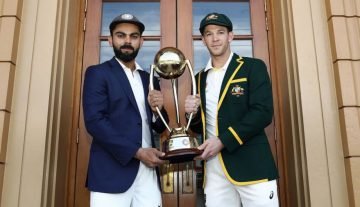