Pakistan speedster Shoaib Akhtar had a great rapport with his former coach Bob Woolmer. However, was found dead in his hotel room under mysterious circumstances after Pakistan’s defeat against minnows Ireland by 3 wickets on March 17, 2007, and their World Cup campaign was over because of the loss. Recalling his first meeting with late Woolmer Akhtar said that they first met in Northampton.

“People think we used to fight a lot but it was not like that. When he became the coach he came to me in Northampton and said that ‘Shoaib I don’t want any trouble from you,’ and I said him that he was talking to the wrong person and he will not have any problem with me and then he said that others have indicated this to him.”

He also said that he and Woolmer did not talk much for the next few years because of the differences they had in ideology. However, it was in 2005 when they became friends during England’s tour to Pakistan.

“I believed in match winning performances and that match can get over soon. Cricket is a game of match winners and a good spell or a good innings can win the match for the team but Bob used to think that cricket is a team sport,” Shoaib Akhtar said.

“During the England tour after some initial hiccups I was selected in the team for my pace and I took wickets against a very high-spirited England team, who were coming after an Ashes win. We taught them a lesson and took wickets in Multan, Faisalabad and then took a 5 wicket haul in the Lahore ODI. Woolmer was very happy then and he danced, later he told me that Shoaib you were right, individual acts do win matches,” he shared.

He went on to add that the coach didn’t have a good relationship with the then-captain Inzamam-ul-Haq.

“He didn’t have a good relationship with Inzamam-ul-Haq and the whole team knew it. I used to console him in the night when he used to come in my room, I would joke with him and also take him out for food.”

“I met him the night team was leaving for West Indies for the World Cup 2007. I told him to take care of himself and tell him not to worry much as it not the end of the world. When I was leaving he called me back and hugged my saying, ‘Shoaib I will miss you,’ I said him I will miss you too. That was the last time we met,”he added.

Shoaib Akhtar revealed that the night Bob Woolmer died he was watching India and Pakistan getting “slaughtered” in the World Cup and he said that it was the most painful time for him.

“It was the most painful time for me. I was calling people left right and centre and trying to know what happened. It was a chaotic situation. The chairman ran away and PCB was facing humiliation. Finally the governemnt took over and sent people for investigation. He had time for gatekeepers also. It is sad remebering him but we should cherish the good time,” he concluded. 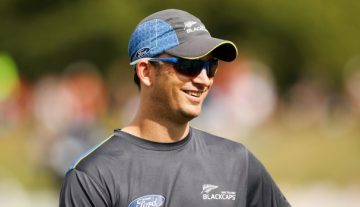