Article
South Africa cricket has got themselves into a pretty bad state, says Mark Boucher
By Shruti - Nov 8, 2019 7:16 pm
Views 89

South African cricket has been going through a rough patch. Since the 2019 ICC World Cup, they have lost almost every series. Recently they lost to India by 3-0 in the Test series despite had 1-1 draw in the T20I series. However, there is a legal battle going on between Cricket South Africa and the South African Cricketers Association (SACA). While talking about that, former South African cricketer, Mark Boucher has shared his views. 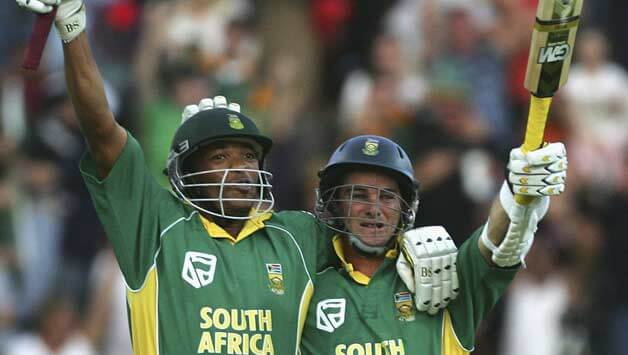 “There might be quite a few people looking at this and saying we’re sugarcoating the actual situation we are in with South African cricket at the moment. We’ve got ourselves into a pretty bad state. Hopefully there are some clever heads there to try and turn things around,” Mark Boucher, who retired from international cricket in 2012, was quoted as saying in Sport24.

He is the coach of the Tshwane Spartans in the second edition of the Mzansi Super League (MSL) and has an uphill task to do. He thinks the MSL won’t be a solution to solving the issues there. The veteran says that negativity has marred their cricket which wouldn’t be easy to get over.

“The tournament will be well supported as it was last year, but we’ve got to be very careful with putting too much emphasis on this tournament. There are bigger problems that need to be sorted out. It’s sad to read, watch and listen about our cricket. There’s a lot of negativity,” Boucher added.

In the India series, Quinton de Kock replaced Faf du Plessis as T20I captain. However, Faf thinks, the MSL is the beginning of the road to Australia for the T20 World Cup.