South Africa has ruled out participation in a proposed T20 series in Pakistan following their India tour next month, citing players’ workload. The tour can be expected to be rescheduled at a later date suitable to both the Pakistan Cricket Board (PCB) and Cricket South Africa (CSA) as per the reports of ‘ESPNCricinfo’.

The Proteas will be playing a three-match ODI series in India from March 12 to 18 and the tour of Pakistan for the three-match T20Is series in Rawalpindi was planned after that. South Africa is currently playing T20s against England after competing in the four-match Test series and three ODIs.

After the three T20s against England, the South African team will host Australia for three ODIs and as many T20Is with the series expected to conclude on March 7, leaving less than a week in between for the series-opener in India at Dharamsala. Meanwhile, a Marylebone Cricket Club (MCC) team led by former Sri Lanka captain Kumar Sangakkara arrived in Lahore on Thursday to support international tours of Pakistan.

The MCC will play four limited-overs matches against local teams. The 12-member team which will comprise of players from English counties such as allrounder Ravi Bopara and spinner Samit Patel. Sangakkara was the president of the club.

After the Sri Lanka team was attacked by terrorists in 2009 in Lahore, Pakistan had to play home matches in the United Arab Emirates. The first Test series in Pakistan in more than a decade were recently staged against Sri Lanka and Bangladesh, under heavy but safe security.

Pakistan has previously hosted limited-overs series against Zimbabwe, the West Indies, a World XI, and Sri Lanka. South Africa is scheduled to play three T20Is in Rawalpindi next month. If the tour goes ahead and safely, South Africa may return in January for two Tests and another three T20s. 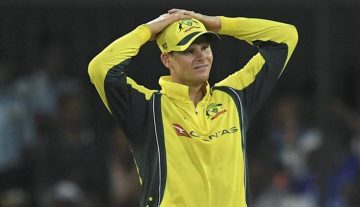