South Africa took a drastic step recently as they will continue to tour to India with their three-match One Day International series in India after having a risk assessment of the effects of the coronavirus, Cricket South Africa (CSA) has announced on Friday. The South African team will depart for India as scheduled on Sunday for a series which is all set to begin in Dharamshala on Thursday.

The statement said that “CSA has engaged in a formal risk assessment process to ensure the health and safety of and duty of care to our players and staff”.

CSA said that it had used information from many international experts, including the World Health Organisation as well as consulting with the Board of Control for Cricket in India and the South African embassy in India too for the safety of the players.

“The Proteas will be travelling to India via Dubai and landing and spending a day in Delhi, then proceeding to play in Dharamshala, Lucknow and Kolkata,” the statement said. “None of the playing venues have recorded positive cases and travel between these cities will be via chartered flights reducing the risk even further. The risks in Dubai and Delhi are considered low.”

Read here: Question on the Future of MS Dhoni?

The team have been advised on precautionary measures also and they will be accompanied by the CSA Chief Medical Officer, Dr Shuaib Manjra. As far as South Africa cricket is concerned, they are playing a limited-overs series against Australia where Australia convincingly registered a 2-1 series win the Twenty20 International series. 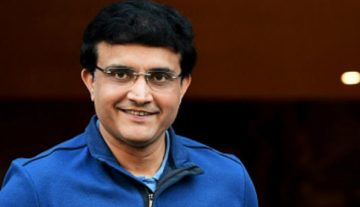