Team India is all set to tour South Africa for a two-month long series, where both teams will play three Test, six ODIs and three T20Is. The expectations are rooftop from India as they as in red-hot form since last 18 months and haven’t lost a single series in this time.

However, India’s preparations for the upcoming series have been halted badly by an injury scare to Shikhar Dhawan, who is now a doubtful starter for the opening Test in Cape Town from January 5.

He was seen limping in his hotel lobby on Wednesday evening and team physio Patrick Farhart attended him.

Dhawan has been in tremendous form throughout this home season. Either it was the red ball or white ball, his bat smacked them to the boundaries.

If this injury rules him out of the opening Test, KL Rahul will straight away insert into the opening slot, which will erase an opening headache for team management.

India hasn’t won a Test series in South Africa and experts are seeing India to give the toughest fight to create history over there. 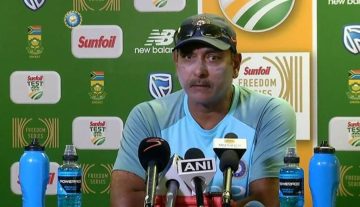