Deepak Hooda, who became only the fourth male Indian cricketer to score an international T20 ton, has revealed that a mindset change recently has helped him do well. Notably, India have won both games recently.

“Being a cricketer, what I’ve learnt lately is that you should not think too far ahead. How many ever series, look at it one game at a time. If my work ethic is good, I’m going to be in a good space of mind and I’m going to score, that’s my thinking. Try to keep it simple, live in the present, play the situation well, and then automatically the outcome will come. Now or later, it will come,” added Deepak Hooda after the second T20I against Ireland.

Meanwhile, the high-scoring game saw Ireland fall short of four runs in India’s 225, and lose the series 0-2 as well, but they ended up earning compliments from the opposition as well.

“To be honest, the Irish team played really well against us and we enjoyed playing against them,” said Hooda and further added, “Between the first and second game, I think there was a difference in the pitch. In the first game, the conditions were overcast and the wicket was damp. But today the wicket was very good for batting, as is clear by the way both teams batted. So I felt the wicket was a big factor.” 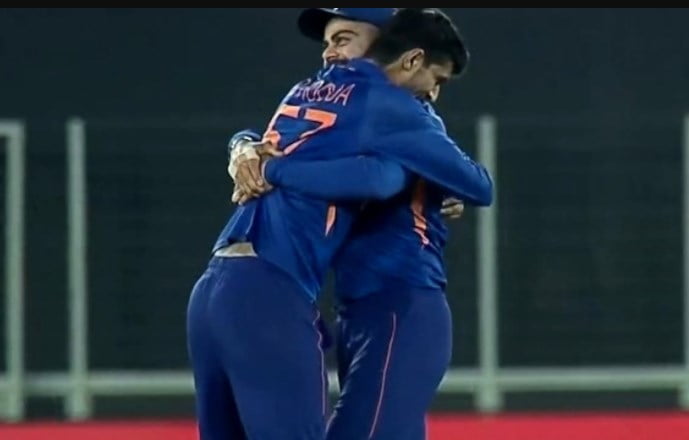 He continued: “To be honest, yes it is difficult to find a spot in the Indian team and then staying there. But at the same time when you’re playing in India colors, that time you never think about yourself, you think about the team. That’s what I think about on the ground ‘How can I contribute to the team in that situation’. I don’t think more than that, try to keep things simple. Yes, it’s a matter of pride for me that I’m playing for India, no matter if I’m scoring or not.”

Named the Man of the Series after doing well, Hooda admitted that he didn’t have any choice after Ruturaj Gaikwad’s injury and that led to him becoming the makeshift opener as well.

“To be honest, I was very nervous. But I was fortunate enough that I have very good partners at the nonstriker end, and they guided me. The pressure was gone. I’ve never opened in an international game, but being a top-order batsman, you have to cope up to the challenges and you don’t have any option. And if you don’t have any option, then why don’t you go there like a warrior. That’s how I think, and things turned in my way. I’m happy about that,” concluded Deepak Hooda. “Obviously, Hardik is leading very well…he led a new franchise in the IPL and they won the title. I’m really happy for him and the way he’s taking responsibility. I’m really proud of him, he’s doing very well.”