Former Australia wicket-keeper batsman Adam Gilchrist feels that the excessive cricket leagues have left players and fans confused. However, there are many leagues take place every year and ECB introduced The Hundred as well which will be played in June next year.

“It’s probably gotten very confusing for cricketers and fans because maybe too much of cricket is happening,” said Gilchrist. “If we are going to try new stuff and innovate, then the shorter format is the place to do that and I’m all for breaking the norms. If it doesn’t work, we can always go back to the original.”

He thinks these leagues have only increased the pressure on players and they become exhausted. Glenn Maxwell has recently took a break from cricket due to mental health issues.

“I never felt that I was at a point where I couldn’t play. But it’s amazing that Glenn feels comfortable talking about his troubles and that he is so well supported. Such statements from players help the entire fraternity move into the game a bit more and gain knowledge of its different aspects.” Adam Gilchrist added.

“All of us probably feel run-down, in all professions, which is probably due to busier schedules. I’m glad that sports psychology is gaining currency. Hopefully, Glenn can rediscover the joy which made him take up cricket,” he shared

While talking about his favourite in the T20 World Cup, Adam Gilchrist said, “England are looking good in limited-overs cricket but I don’t know which team starts as favourites. It’s a wide-open competition and that’s the beauty of T20 cricket.” 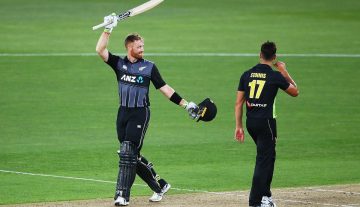