The 11th season of the Indian Premier League is less than one and a half months away now. The build-up stories for the extravaganza of cricket have already started. Teams have been finalized. It is that point in time where the support staff of various teams would be busy in finalizing combinations and strategies for the tournament.

Despite the fact that the balance of the game of cricket is unfairly tilted towards a batsman’s side, one cannot ignore the role of a bowler. Notwithstanding all the advancements of the game which work in the favor of a batsman, a quality bowler still has it in to restrict that batsman.

Even in a batsman-friendly format like T20, bowlers are crucial for they can change the course of a tournament, if not a match. History is evident enough to conclude that bowlers help you win a T20 tournament more than batsmen do.

Here is a list of Top 5 Death Over Specialists who will play in this IPL:

5. Andrew Tye (Kings XI Punjab) – There is a reason why despite less than a year of IPL experience behind him, Andrew Tye is has become a hot property in the format. That reason is what has earned him a place in this list. Tye, an owner of a sound mind and clever skills, can restrict the batsmen at will during the upcoming season of the IPL. In the six matches that he played for Gujarat Lions last year, Tye picked up 12 wickets at an average of 11.75, a strike rate of 10.50 and an economy rate of 6.71.

4. Rashid Khan (SunRisers Hyderabad) – Currently, the number 1 bowler in both limited-overs formats of cricket, Rashid Khan has it in him to deceive the batsmen with his guile, both during the middle overs and towards the death. He had a stellar 2017 with SunRisers, where he picked up 17 wickets in 14 matches at an average of 21.05, an economy rate of 6.62 and a strike rate of 19.05.

Given his current form for Afghanistan, he is more than just likely to replicate his performance of the last year.

2. Jasprit Bumrah (Mumbai Indians) – Within two years of making his international debut, Jasprit Bumrah has become a name which no batsman wants to face, especially during the last few overs of an innings. Bumrah has proved his credentials time and again in both ODIs and T20Is. It was this ability of his which forced Mumbai Indians to retain him ahead of the mega-auction held last month. In 111 T20 matches, he has dismissed 128 batsmen at an average of 23.12, an economy rate of 7.26 and a strike rate of 19.

1. Bhuvneshwar Kumar (SunRisers Hyderabad) – Been awarded the Purple Cap for picking up the most number of wickets in the last two seasons of the IPL, Bhuvneshwar Kumar has not looked back ever since. The developments have made him a much-improved bowler to the extent that he has become a regular in the Indian line-up across formats now. In 90 IPL matches, he has picked up 111 wickets at an average of 21.07, an economy rate of 7.08 and a strike rate of 17.84. Bhuvneshwar Kumar is likely to play an enormous role for the SunRisers this year. 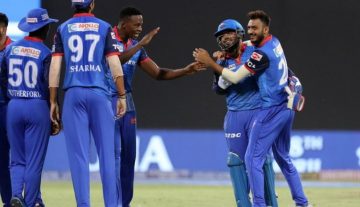