Cricket and Football are some of the most popular sports in the world but they are different from each other to a great extent. The players who feature in those matches are known globally. Although it is a fact that football has a bigger fanbase than any sport but, when it comes to the playtime of the professionals, footballers stand nowhere close to the cricketers.

One cannot easily compare the footballers with cricketers but certainly, it is proved that cricketers like Virat Kohli and Rohit Sharma work and spend more time playing cricket as compared to any star footballer like Mohammad Salah (Liverpool), Lionel Messi (FC Barcelona) and Cristiano Ronaldo (Juventus).

According to The Hindu‘s Bussiness Line, the Indian skipper, Virat Kohli who features in all formats of cricket for India, he will play for as many as 79 days in a year that excludes the matches he plays in Indian Premier League and if the game of India’s biggest money-spinner is included, the tally goes to 93 days, which means the Indian skipper gets on the cricket ground on every fourth day of a year.

But Mohamed Salah, the star Egyptian professional footballer, who plays for an English football club Liverpool will play 38 matches in English Premier League along with 12 encounters in Champions League and a half a dozen in FA Cup that takes his tally to 63 days.

Most of the people will come down with their opinion that this was a World Cup year in cricket which has significantly given a rise to the number of encounters played by star cricketer but the same goes with footballers who play national tournaments in separate respective years like FIFA World Cup, Euro, African Nations Cup or Copa America but if we cut short the mega event of cricket out of the calendar of Indian skipper then also the time spent by him is 16 days more than the star footballer of Liverpool.

Now, if we come to the duration of these two sports, a football match will maximum lasts for 120 minutes but in Test cricket, the game goes on for five days with 13 players to spend time on the ground in every inning which goes same for the shorter formats of the game. 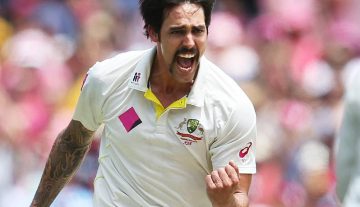