Pakistan have been struggling against Australia since the beginning. Former cricketer Wasim Akram lashed out on Mohammad Amir on his decision to retire from Tests as Pakistan failed to do well in the Gabba Test. Pakistan were all out for just 240 before Australia batsmen put up a mammoth score.

Openers Joe Burns and David Warner added 222 runs for the first wicket before Warner and Marnus Labuschagne added another 129 runs. Labuschagne top-scored with his career-best 185 while Warner smashed 154. Australia were eventually all out after scoring 580 on day three. Leg-spinner Yasir Shah was the pick of the bowlers who picked up four wickets.

“What really happened was two of our premium bowlers just retired from Test cricket,” Wasim Akram told Fox Cricket as he tried to find out the reason behind Pakistan’s poor show.

He further criticised both the experienced bowlers – Mohammad Amir and Wahab Riaz’s decision to retire from Test cricket before the important Australia tour. Amir announced his retirement from Tests at the age of 27 after being a quality bowler. Akram, in fact, said that had he been in charge of cricket affairs, he would not have given Mohammad Amir a central contract.

”Wahab Riaz, I’m all for him, he’s 35 years of age, OK he retired from Test cricket, fair enough. But Mohammad Amir, the Pakistan board and the whole country invested five years in him,” he said. “He’s 27 and he’s retired from red-ball cricket. If I was the Pakistan Cricket Board, I wouldn’t have given him a central contract because he retired a month ago,” Akram added.

“Both of them knew this tour would be difficult and white ball (cricket) is easy, they thought they’ll play leagues around the world and make money. I’m all for financial gain, but most of the time the country should come first. Amir should have come here and played a Test series and then maybe next year retired. That’s the problem Pakistan had,” he concluded. 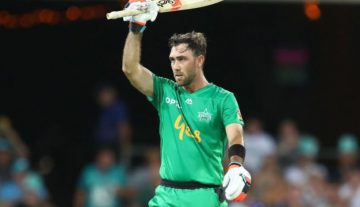