Former Indian opener Wasim Jaffer believes Afghanistan has the potential to beat any of the top teams ahead of their Asia Cup clash against Sri Lanka on Saturday. Jaffer also shared their bowling line-up to win them games if the batters post a good total. However, Afghanistan had a memorable outing in the 2018 Asia Cup as they finished the group stage unbeaten also, registering victories over Bangladesh and Sri Lanka. They also tied with eventual champions India, but couldn’t win the games in the Super Four stage. 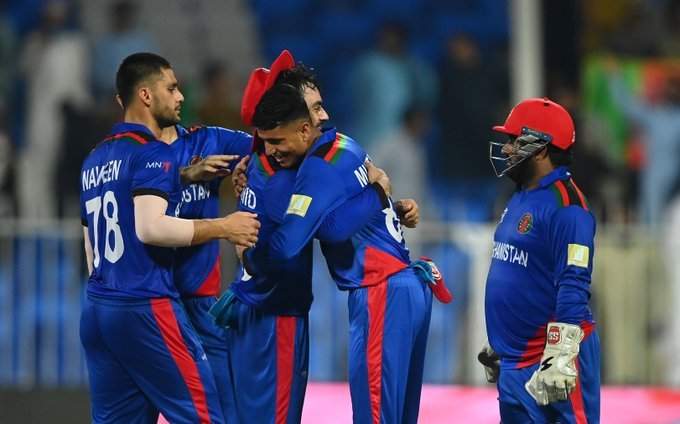 While speaking on ESPN Cricinfo’s Timeout, Jaffer said: “We know Afghanistan have three premier spinners and their fast bowlers aren’t too bad either. I think Naveen-ul-Haq is an underrated bowler and performs well in league cricket. If Afghanistan’s batting clicks, they can upset several good teams. Hence, if they can put a good score on the board, the bowling has the potential to upset the best.”

Wasim Jaffer again said: “The way teams approach Rashid Khan and we have seen in the IPL that teams play him conservatively. In contrast, other teams in rest of the franchise cricket attack him by playing slog sweep and sweep as he bowls plenty of googlies. However, Rashid Khan is an excellent bowler because we have seen that even against a defensive approach, he can take your wicket. Nevertheless, his recent form shows a dip, but Khan’s form will be crucial in such a big tournament. He has always performed well in Dubai; hence, Afghanistan will hope their leg-spinner clicks.”

Jaffer also feels that Sri Lanka has plenty of good players, who must live up to the expectations. Afghanistan and Sri Lanka have faced each other only once in T20Is, where the latter won by six wickets as well.

“Pathum Nissanka has proven himself to be a good player and has delivered consistent performances in the past one and a half years. Sri Lanka have other good players like Bhanuka Rajapaksa; however, he hasn’t been able to translate his franchise form in international cricket. Hence, I feel it’s an opportunity for him and his form will be crucial for Sri Lanka. Charith Asalanka is a great player and Dasun Shanka, who single-handedly won a game against Australia is an important player. They also have Dhananjaya de Silva and Kusal Mendis. Hence, Sri Lanka has plenty of names, but the performances haven’t exactly been as expected from Sri Lanka,” Wasim Jaffer concluded.