It took place in the last ball of 2nd over when Naveen Ul Haq’s slower ball deceived Pathum Nissanka and the ball went to the man behind the stumps. Afghanistan players appealed for the wicket and on-field Umpire Anil Choudhary didn’t take much time to raise his finger as well. However, the batter was in disbelief and chose to go upstairs after discussing with his teammate. And, the replay showed that it was just a murmur on the ‘Ultraedge’.

“I see a spike as the ball passes the bat. Satisfied bat involved,” said the TV umpire. And Anil Choudhary had to stay with his original decision as well.

Where is the spike ? "I have not seen something like this" says Sanjay Manjekar as Pathum Nissanka controversially given out #AFGvSL pic.twitter.com/57CHdfBGQe

Never saw any spike on the ultra edge re Pathum Nissanka's review. Horrible decision by the 3rd Umpire Jayaraman.

However, this is not the first time Umpire Jayaraman Madanagopal has made this controversial decision. His decision-making was also questioned during IPL 2022 season. While umpiring on the field during KKR vs DC match, he gave Ajinkya Rahane wrongly out in two consecutive balls, however, the batter survived after taking two successful reviews as well.

After the game, Dasun Shanaka said: “There are two ways to think about the toss, it would have been a bit easier if we were bowling first with two youngsters playing for the first time. There was too much grass, there wasn’t too much in it for the spinners but still our world-class spinners should have done better. I think in T20 cricket anything can happen, we can bounce back in the next game.” 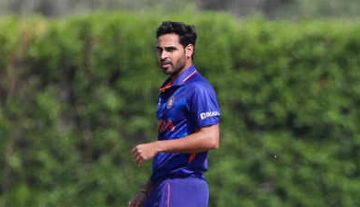