New Zealand player Will Young on Monday has pulled off a sensational one-handed catch to remove South Africa’s Marco Jansen on Day 4 of the second Test between the two teams in Christchurch. His stunner was reminiscent of the stunning one-handed catch of veteran England all-rounder Ben Stokes, who took a stunner to dismiss Andile Phehlukwayo of South Africa during the 2019 World Cup at The Oval as well. 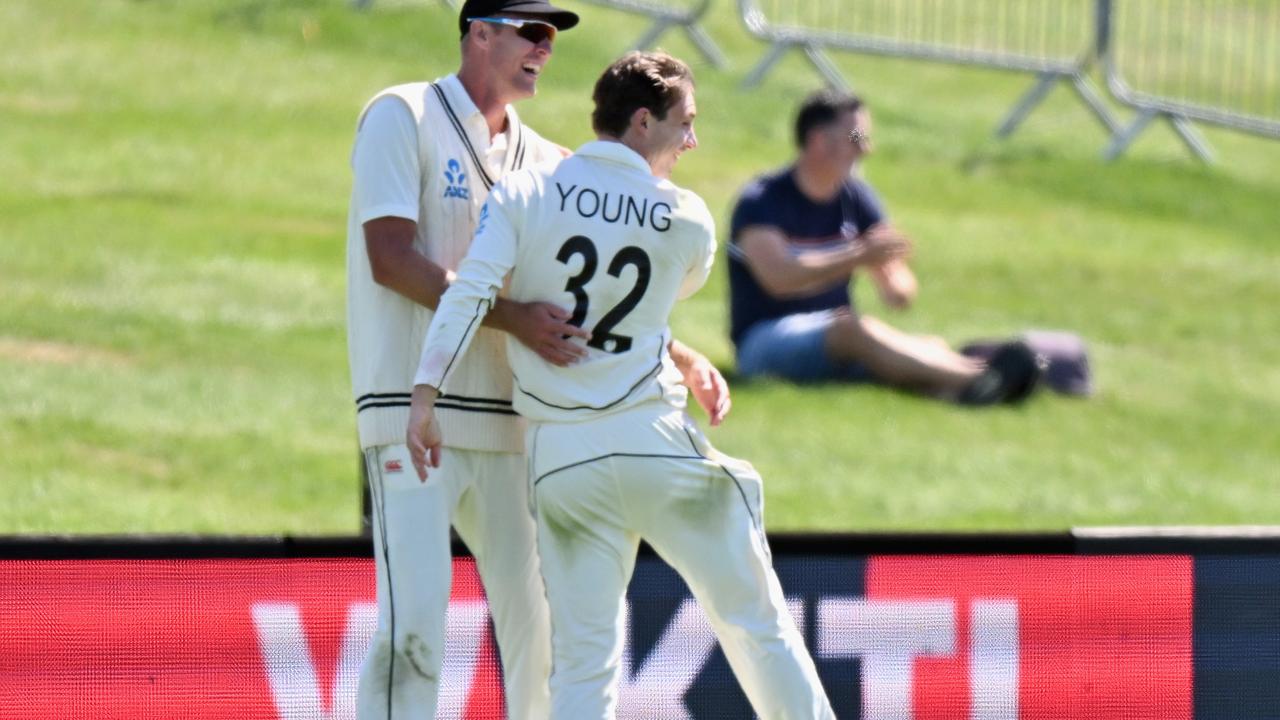 In the 79th over of the South Africa’s second innings, where they were at 2019/6 at the Hagley Oval when Jansen clipped a ball off his pads and hit it on the leg-side. As it looked to be going for a boundary at least, Young, who was the only fielder in that region, came running around and grabbed the ball out in the boundary line. He stretched his arms and the ball just landed in his palm. Young stumbled in between but safely held on to it, leaving the on-air commentators shocked as well.

Will Young with one of the greatest catches ever in Test cricket!!! Watch live Day 4 coverage on @sparknzsport now!!! #NZvSA pic.twitter.com/7hCbraWkX1

“He can’t believe it, neither can his teammates. Where has that come from?” former New Zealand batter Craig McMillan said on Spark Sport commentary. “That is sensational work. It just hung there. Will Young has just plucked that out of nowhere. What a sensational piece of cricket, what a magnificent catch.”

West Indies legend Ian Bishop has called it the catch of the year, believing it will be tough to match this fielding effort from Will Young as well. “Hard to beat that Will Young catch in 2022. Exceptional,” he tweeted.

Hard to beat that Will Young catch in 2022. #NZvSA . Exceptional.

Here is how Twitterati reacted to the amazing one-handed stunner of Will Young:

Things aren't going NZ's way this morning, but two great catches so far. The second one from Will Young at the boundary an absolute stunner! #NZvSA

That *might* be the best test catch I've ever seen #NZvSA

OMG what a catch from Will Young! @BLACKCAPS

However, South Africa declared their second innings on 354/9, setting New Zealand a target of 426 to win the Test. However, the BlackCaps were reduced to 94/4 with Kagiso Rabada and Keshav Maharaj picking up 2 wickets each. The Kiwis need another 332 to win with one day and six wickets remaining.