Former India player turned Aakash Chopra was surprised as Rohit Sharma did not give senior pacer Mohammed Shami many overs early in the warm-up match against Australia on Monday, October 17. Speaking on his YouTube channel, he added that he was shocked by Sharma’s ploy as well. 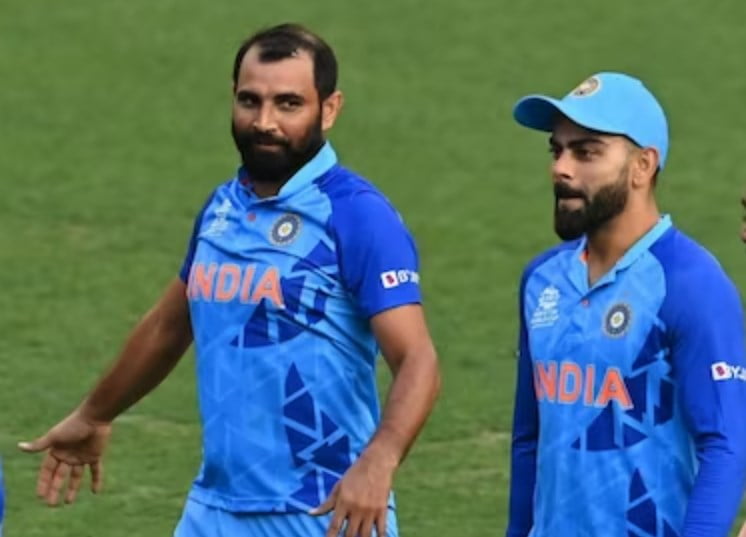 Chopra explained: “Mohammed Shami got just six deliveries. That’s all you allowed him to bowl. We were all surprised by that. Warm-up matches are generally used to try different things and give chances to your players. We were all hoping that Shami would get an over, but the skipper didn’t do that. It looked as if India wouldn’t be able to win the game when Australia needed 11 off six balls.”But then, Shami came and bowled yorkers after yorkers. He bowled just one short ball, the rest were all yorkers.”

The cricketer-turned-commentator pointed out that while Shami bowled just one over, it was enough for him to establish his value.

He opined that the right-arm seamer showed that he can fill Jasprit Bumrah’s shoes by performing admirably even in the death overs. Australia were the favourite to win the clash at the Gabba, requiring just 11 runs off the final over as well. However, Shami changed the game, giving away just four runs while bagging three wickets, helping India register a six-run win.

Chopra added: “It took just six balls for Mohammed Shami to show the world that he was right here. It was like him saying that Jasprit Bumrah might not be there, but I am here. He showed that he can be the answer to India’s problems and that he can also deliver in the 20th over. While India didn’t play him in T20s, he proved that he can do the job for them now when he has finally got a chance.”

“Harshal Patel was expensive in his first two overs. However, he was able to pick up the crucial wicket of Aaron Finch in his third over. When the slower one hits the fuller length and there’s a dip, that’s when you know that Harshal is in solid form. He is back in form,” he added.

However, he also shared that India might not have an additional batter at No. 7 if Axar doesn’t play as well. He praised Rahul for his dominating performance in the contest against the Australian bowling attack. He explained:

Chopra again said: “Axar Patel didn’t bowl a single over in this game. Does this indicate that Rohit is thinking of playing with both Yuzvendra Chahal and Ravichandran Ashwin and that Axar Patel will have to sit out? But if that happens, who will bat at No.7?”

“It looked like the match was between KL Rahul and Australia because Rohit Sharma was at the crease, but was stuck at the non-striker’s end. He was watching from the other end how Rahul was taking the bowlers to the cleaners.”

Chopra added: “KL Rahul was sensational today and played beautifully. On these fast Australian pitches, where there is some sideways movement as well, a technically compact batter will thrive. Rahul showed that today. When he bats in this fashion, it seems as if he is on another level,” Aakash Chopra concluded.