The veteran Indian wicket-keeper batsman, Wriddhiman Saha has more or less cemented his position in the playing XI of the Test side. While he was the first choice wicketkeeper in the team after MS Dhoni’s retirement, a spate of injuries in 2018  coupled with Rishabh Pant’s fine performance in Australia and England saw him briefly lose his place in the playing eleven.

But India recalled Saha into the playing XI at the start of the ongoing home season and he has once again cemented his spot in the squad. While he did not get much chance with the bat. He is likely to be the first choice when India will be touring to New Zealand early next year. With the conditions in New Zealand not going to be easy, India is more than likely to have Saha behind the stumps.

However, Saha recently fractured his right ring finger during the Kolkata Test against Bangladesh and underwent successful surgery in Mumbai this week. He will start his rehabilitation at the National Cricket Academy in Bengaluru soon. He is expected to achieve complete fitness in a month or so.

Recently, Saha was seen answering 25 quick-fire questions asked by ESPNCricinfo and as usual, the questions were related to the cricketer’s likes, dislikes, and his teammates. Saha was also asked some interesting questions. One of the most interesting ones was the most difficult bowler to keep to. And while many would have expected veteran gloveman had to name one of his current India teammates, he picked his state teammate and former India pacer Ashok Dinda.

Who's harder to keep to – R Ashwin or Rashid Khan? What's the one quality from Rishabh Pant he'd like to borrow? The latest edition of #25Questions is here 📺

In another question, the Indian gloveman was asked to pick one between Ravichandran Ashwin and Rashid Khan in terms of the one who is difficult to pick. Saha has been playing with both the spinners for quite some time. While he has played with Ashwin in the Test side, he has shared the field with Rashid for Sunrisers Hyderabad in the IPL.

also revealed that Mohammed Shami has the worst taste in music among the players while he is the worst dancer. Saha further picked up his two fifties against New Zealand in the 2016 Eden Gardens Test as his best batting performance till date. 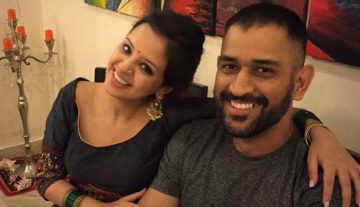