Karnataka captain Manish Pandey led his side from the front not only with the bat but also as a fielder and said it was important to take the responsibility since they have domination on the domestic circuit. Karnataka and Tamil Nadu played a nail-biting final before Pandey’s side retained the trophy by 1 run.

“We had won it last year, but victory was sweeter this time. The way the boys played whole tournament was unbelievable. I can’t thank anyone individually, everyone put in so much effort,” Manish Pandey said in the post match presentation. “Hopefully there is more to come.”

Karnataka posted 180/5 in their 20 overs on the back of Manish Pandey’s unbeaten on 60 after the likes of KL Rahul, Devdutt Padikkal and Mayank Agarwal failed to score big. However, he had made the excellent fielding by affecting three dismissals, including those of Vijay Shankar and Baba Aparajith, who seemed to take their side to the finish line.

“When everybody tells me that I am the best fielder in the team, you have to take the responsibility. I have taken it upon me to field there (long-on) and all the practice comes helpful in a situation like this and that run-out probably changed the game,” Manish Pandey shared.

On the other end, the experienced Dinesh Karthik said that he is happy with his and they would look to carry forward this form to the Ranji trophy.

“Disappointed, but very proud of the boys today. The team showed what they were capable of throughout the tournament. And at the start of the year, if you told me we’d be in two white-ball finals, I’d have taken it. We need to take this confidence into the Ranji Trophy,” Dinesh Karthik explained. 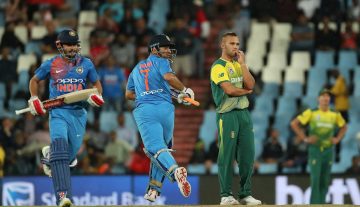