Sledging has always been a crucial part of cricket ever since the inception of the game. Just the battle between bat and ball, the war of words also plays a crucial role in determining the face of an encounter. The sport has given the fans uncountable incidents of sledging between the cricketers which took an ugly turn.

Let us take a look at the 12 all-time memorable sledging moments in the history of cricket:

In 2004, during the Test series between India and Australia and the latter was chasing an improbable target of 443 to win in just over 90 overs in the 4th Test. Steve Waugh was on strike when Parthiv made an underhanded comment.

“Let’s see if you can play one of those famous slog-sweeps, and miss one,” Parthiv said. Leaving the young Indian wicket-keeper completely amused, Waugh replied, “Show a bit of respect, You were in nappies when I played my first Test match.”

The pacers have always believed in having hard conversations in the field. Meanwhile, during an intense match between South Africa and Australia, a similar incident took place between Shaun Pollock and Ricky Ponting.

After putting the ball past Ponting’s attempts without any contact on a couple of deliveries, Pollock sarcastically pointed out to Ponting: “It’s red round and weighs about five ounces.” Ponting hit the next ball out of the ground and said: “You know what it looks like, now go find it”. 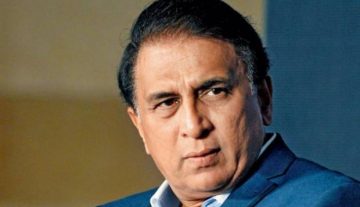