The Indian selection committee announced their squad for the ODI series against New Zealand on the 21st of January, 2020 whereas they injured Shikhar Dhawan with Sanju Samson for the upcoming T20I series. The ODI side remained on expected lines with there being only one change as Prithvi Shaw replaced Dhawan, who received his maiden ODI call-up.

Considering the form and performance of certain players who deserve to get a chance in the national side, it is rather unfortunate and unlucky to see some players miss out on getting selected for the Indian ODI squad.

Here we pick three players who were unlucky not to get a chance in the ODIs:

Shubman Gill has made a name for himself with his class, determination, and temperament during the Under-19 World Cup 2018. In the five innings that he played in the World Cup, Gill hit three half-centuries and one century, finishing with a stunning average of 124. He was soon been compared with Virat Kohli because of his exquisite lofted hits. Post the World Cup, Gill was snapped up by KKR in the IPL.

Gill returned with impressive figures of 203 runs in 13 innings at an average of 33.83 and a strike rate of over 146. Shubman Gill has been belting runs at will for Punjab in the domestic circuit and he also was the captain of India B in the Deodhar Trophy and led them to the title. Looking ahead to the ICC Cricket World Cup in 2023, India must look to build a strong core in their middle order. Shubman needs to be groomed and needs to be given apt chances in international cricket. 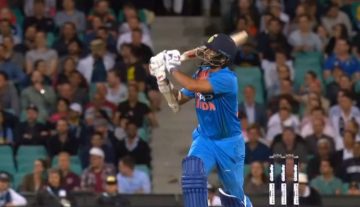