There has been a plethora of incidents in the past when the cricketers have decided to hang their boots post-ICC events. Even the team managements plan their squads keeping the milestones of players in mind. Citing the same pattern, one can predict that few players will hang up their boots after the 2022 T20 World Cup. Let us have a look at four players who could retire after the 2022 T20 World Cup.

In this era of T20 leagues, it is not beneficial for a cricketer to stay in the race for being in the national team when he or she is not confident of being part of the next ICC event. Therefore, as soon as the ICC event concludes, a player might retire from international cricket and extend his career as a freelancer.

Aaron Finch is one of the cricketers who will be expected to retire after the 2022 T20 World Cup. The Aussie skipper has already retired from ODIs. With players such as Josh Inglis and Cameron Green pushing for the opener’s slot, Finch will be expected to step aside to leave the T20I squad, too. Maybe, since the 2022 T20 WC was being held at home, Finch could have decided to stay in T20Is. Now, after the conclusion of the tournament, it won’t be a surprise if he retires from all forms of the game.

Nabi is an experienced campaigner but his performances have been inconsistent in recent months. There are many youngsters coming through for Afghanistan and for the benefit of the team, Nabi could retire from T20Is. With the ODI World Cup in mind, he could decide to stick around in the 50-over format. His retirement will leave a big hole in Afghanistan Cricket.

Martin Guptill is also one of the players who could retire after the 2022 T20 World Cup. The veteran has been struggling for form in recent years. Yes, he does score some brilliant knocks at times but the inconsistency is not helping the team. Meanwhile, the likes of Finn Allen are performing brilliantly and are pushing for a spot in the XI. Keeping these things in mind, Guptill could call time on his career.

Many considered DK out of contention in international cricket but he made an inspirational comeback. However, the team man that he is, DK could retire from the game after the 2022 T20 World Cup. He may not see himself in the ODI setup because he got an opportunity in T20Is as a specialist finisher but in ODIs, there is a requirement for a different kind of finisher. Instead, DK could focus on extending his franchise career and in line with this, he could take the hard call after the T20 World Cup. 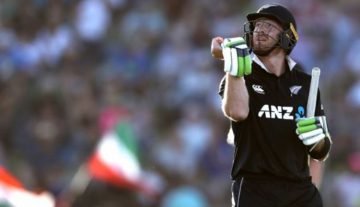