It is not an easy task to score a century in T20Is as the number of balls is very limited and some of the stalwarts of modern-day cricket have managed to achieve the feat. It takes a lot of risks to score a T20 century and most of the time, the batsmen once they reach the 50-run mark, tend to be very aggressive and give away their wicket.

Such has been the intensity in the format and the T20 Worldcup is scheduled to take place later this year in October. It will be very interesting to see if these legendary batsmen go on to break the jinx and score their maiden T20I century. Here are 5 legendary batsmen who still haven’t scored a T20I century.

5 batting stalwarts who are yet to score a century in T20Is:

Quinton de Kock is an aggressive southpaw for the Proteas at the top of the order and the wicket-keeper batsmen have a good record for South Africa across the formats. The 28-year-old has been really consistent and he can take the game away from the opposition in a quick time.

In his T20I career, De Kock has played 47 games in which he has scored 1303 runs at an average of 31 and a strike rate of 136.6. He has scored six fifties in the format but hasn’t scored a century in the T20Is so far with the highest score being an unbeaten 79. 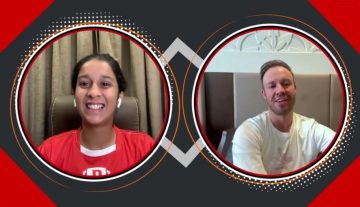