In the modern era of cricket, whenever a cricket fan thinks of an outstanding cricketer, ex-skipper MS Dhoni, and his trademark, the Helicopter shot comes to a mind. Dhoni has always been considered to be one of the best finishers in the world. His capability to smashed sixes at will in any over separates him from other players.

Dhoni’s Helicopter Shot requires skill, power and hand-eye coordination and lots and lots of practice. When Mahi launches the helicopter in his own style, it is one of the most delightful sights in modern day cricket. It has been learned that Sachin Tendulkar invented that shot but no doubts that Dhoni is the master of it. There have been numerous incidents where Dhoni shattered opposition with those monstrous sixes but some of them have become iconic ones. Here are 5 such incidents that remain embossed in our memories.

1. First Helicopter launched in 2006 against England

In 2006, the world was not much aware of Dhoni’s iconic Helicopter shot. The cricket fans witnessed one of its first occurrences during an ODI match against England. The English bowler, James Anderson pitched in Dhoni’s half who took no time to power up and loft it towards mid-wicket in slog overs. It was an unbelievable shot and it impressed one and all. Later the great all-rounder Ian Botham from England said on air, “Just watch the back-lift and the follow-through at the moment of impact! Not quite sure what he did there, but it was very, very effective — almost swung himself off his feet.” 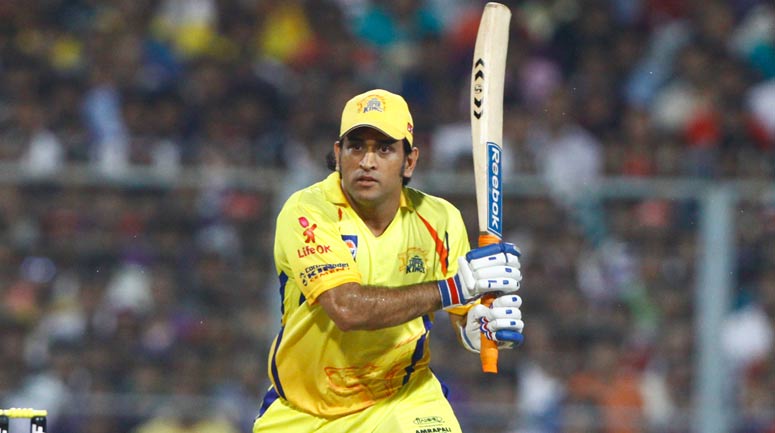 The IPL has always been known for some unforgettable moments. Its format demands for powerful hitting cricketers. Dhoni is the most favorite one when it comes to power hitting and winning matches in style. One such incident was the Elimination Final in 2012 against the Mumbai Indians. CSK were down to 95 for

CSK were down to 95 for 3 when Dhoni walked in at the 14th over. He immediately took control of the game as he left Lasith Malinga helpless by smashing him a ‘Helicopter shot’ over mid-wicket. More runs and more helicopters came during the death overs and most of them against one of the most dangerous limited over bowler – Malinga.

Every cricket fans remember this match for Rohit Sharma’s outstanding double century. During India’s innings when Rohit and Dhoni were batting in the slog overs they smashed the bowlers all over the park. Australia’s key bowler James Faulkner bowled one full delivery to Dhoni and then, of course, the helicopter was taken off to the roofs of Chinnaswamy Stadium, Bangalore. That particular Helicopter shot traveled the distance of 110 meters. The slow-motion replay of the shot shows Mahi’s whole body twist and the power with which he hit and that makes the shot more epic.

The final of the three-nation Celkon Cup in 2013 at the Queen’s Park Oval witnessed another epic moment of Dhoni and his Helicopter where India was playing against Sri Lanka. India was chasing a modest total of 202 runs, but Dhoni came into to bat at 139 for 3 in 31 overs. The lower order shattered with Dhoni holding on at the other end. In last over of the game, Indian needed 15 runs to win with only one wicket left in hand.

Sri Lanka was looking favorites for the cup but Dhoni’ intentions were clear and the skipper did his job very well. On the second ball itself, he releases his helicopter clearing the straight boundary. The Sri Lankan bowler Eranga was shocked and before he could recover Mahi hit another helicopter six and a four to end the match on winning note. While the teammates were celebrating harder, Dhoni did it like a walk in the park.

It shocked many when in the final match he promoted himself ahead of Yuvraj Singh. But this decision was pretty constructive as India won the match with 11 balls left and 4 runs required, Dhoni smashed that ball into the crowd in style with the massive Helicopter shot over long on. This is still the most favorite helicopter shot for Indian cricket fans. His 91 runs off 79 balls along with that winning shot ill always have a special place in the history. He played one if his greatest knock and got the job done.