It is a common occurrence to witness cricketers doing well at the start of their career, but failing to replicate the same performance. This is all the more prevalent in ODIs, where the bilateral series have allowed teams to chop and change their combinations often. Otherwise, as well, as players start getting into their careers, their weaknesses have been exploited by the opposition, and eventually, these cricketers start to struggle.

In this article, We take a look at five cricketers who started well but then faded away in ODI cricket.

Robin Uthappa is one of the cricketers who started his career with a bang in ODIs but then faded away. He made his debut against England in 2006 and amassed 86 runs on his debut. It was a sensational start for the player who hit another half-century a couple of matches later. He further extended his good run by helping India win against England by scoring 47* runs in the middle-order.

As a result, Uthappa played both the ODI and 20-over World Cups in 2007. However, he did not have a worthy campaign with the bat. After the Asia Cup in 2008, his form dipped further. He was also asked to play out of position in the middle order, which did not help his confidence. Although he made a comeback in 2014, Uthappa could not hold on to his place due to the intense fight for places in the XI.

From his debut in 2013 to the final of the 2015 World Cup, James Faulkner was one of the best performers for Australia. He consistently picked wickets while also playing the finisher’s role. The player also scored a spectacular 100 in Bengaluru, the second-fastest by an Australian at that time. His major achievement, though, is winning the Man of the Match in the final of the 2015 World Cup which Australia won. However, later on, the player failed to be consistent and in turn, lost his place in the team. 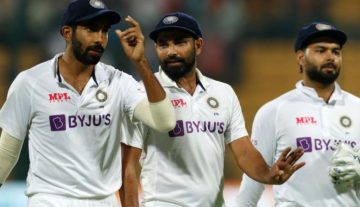