Five-time IPL champions Mumbai Indians (MI) made a big announcement on social media on Wednesday as they decided to promote the franchise’s head coach Mahela Jayawardene and director Zaheer Khan to global positions. Because of their promotions, the positions in the franchise are vacant now ahead of IPL 2023. Mumbai Indians need a new head coach now, and here’s a look at the five candidates who could take over the position.

Former Indian head coach Ravi Shastri was expected to become going the coach of Gujarat Titans in IPL 2022. However, he didn’t join the team. He is yet to join any team as a coach. Since MI is his home franchise, Shastri might consider joining the team if given an offer.

Former Punjab Kings head coach Anil Kumble has left his position at PBKS. Having had a stint with MI in the past, he will be expected to return to his old franchise.

Mark Boucher joined MI Cape Town as a head coach in SA20 League. He will no longer be the South African head coach after the T20 World Cup, which means he will be available for the IPL if needed.

Former Mumbai Indians player Sanath Jayasuriya has tried his luck in coaching after retirement. He could return to his first franchise as a head coach in IPL 2023.

Justin Langer played a pivotal role in Australia’s return to the top in the last few years. He would be a great pick to become the next coach of Mumbai. 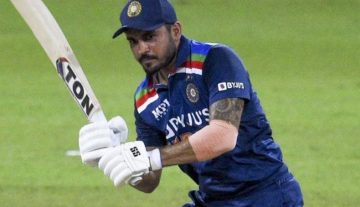