The Players auction (rather mini-auction) for the 2023 edition of the Indian Premier League (IPL) will not be as grand as the 2022 counterpart and will mainly be held in December to allow the franchises to strengthen their weak areas from the last campaign. Let us have a look at 5 unsold players from last season that may be a good fit for teams that have holes exactly their size

The Australian leg-spinner, Adam Zampa is the best player on the list as he has been a proven performer in T20Is with 75 scalps at an economy under seven. Moreover, he has 21 IPL wickets off 14 games, including a 5-wicket haul for 17 runs. The only reason Adam Zampa has failed to find a buyer in recent times is due to the abundance of spinners in India. But last season, sides realized not all local spinners can be trusted.

One of the best all-rounders in world cricket, Bangladesh’s Shakib Al Hasan is trustable with both bat and ball. With his left-arm spin, Shakib has accounted for 122 T20I wickets and 63 IPL wickets at a combined average of 23.3 to go with 2000+ T2I0 runs. He’ll be a suitable Moeen Ali backup at Chepauk dust bowls and can also serve as a top-order anchor for sides lacking one.

People discard Cheteshwar Pujara the limited-overs batsman due to his defensive approach in Test cricket. Regardless, he boasts of a great One Day record. Moreover, his boundary-hitting abilities were on display during this year’s Royal London Cup.

The uncrowned Big Bash King has not been able to cement his place in the Australian team despite immense local and IPL success. Last year, Chris Lynn was unsold and the year prior to that he got just one game. However, he does have an eye-catching IPL resume to show with 1329 runs at 32.4 stricken in excess of 140. Homecoming to KKR is possible and the same goes for a move to GT as the defending champs will look to address their sole area of concern.

Dawid Malan was the top-ranked T20I batsman with a substantial lead over the likes of Kohli and Jos Buttler. But Malan has improved his spin game in recent times and since most of the decks in the Indian subcontinent are considerably flat. Thus, a mediocre game against spin may not be bad tradeoff if it is accompanied by crunchy cover drives and pummeling pulls. 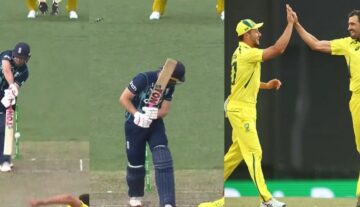