Ahead of the 14th edition of the Indian Premier League (IPL), a new matter of concern has emerged for the Board of Control for Cricket in India (BCCI). Accoridng to recent reports, eight groundstaff members at the Wankhede Stadium have been tested positive for COVID-19 in the test conducted ahead of the cash-rich league. Mumbai will be hosting 10 league matches from April 10 to April 25.

The first game in Mumbai is scheduled to be played on Saturday, April 10 between Chennai Super Kings (CSK) and last season’s runners-up, Delhi Capitals (DC). As per the reports, RT-PCR tests of 19 ground-staff members were conducted over the last week. Out of the eight, three were confirmed to have come out positive after the tests conducted on March 26.

Five more tested positive for the virus on Friday after the Covid-19 tests on April 1, as reported by Sportstar. However, it’s yet not known whether the rest of the groundsmen have been quarantined after the first round of testing found a few being tested for COVID-19. It remains to be seen how the BCCI moves forward from here on as the tournament is scheduled to be starting within a week.

BCCI may also be forced to change the location of the IPL games in Mumbai as the matches are already scheduled to be taking place behind closed doors after the COVID-19 spike in Maharashtra. The state government has been imposing restrictions to handle the situation. Chennai, Ahmedabad, Delhi, Kolkata, and Bengaluru are the other five venues in the tournament.

ALSO READ: How The Bat Of MS Dhoni IN 2011 WC Final Made Guinness World Record

Last year, BCCI had shifted the IPL to the United Arab Emirates (UAE) after the rise of coronavirus cases in India. After a lot of discussions, the Indian cricket board decided to bring the tournament back to India. The final of the 13th edition of the tournament is scheduled to be taking place on Sunday, May 30 at the Narendra Modi Stadium in Ahmedabad. 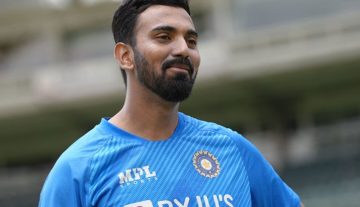 News
By CricShots - Jul 21, 2022
KL Rahul Tested Positive For Covid-19 Ahead Of T20Is Against West Indies