Former Indian skipper MS Dhoni is a cricketer who has beguiled his way into every Indian cricket fans’ hearts thanks to his calm and courteous nature and witty replies to teh reporters.

Despite being one of the hardest hitters of the cricket ball, Dhoni is a funny and humorous person both on and off it. Here are 10 of his most memorable quotes:

1. God is not coming to save us

During the famous Champions Trophy win in 2013, India had to defend a diminishing total of 130 in 20 overs. In the team huddle when Dhoni had to motivate his team before they headed out for the second innings and these are the words, he had uttered to the team.

2. On India’s record over Pakistan in World Cups

Despite the fact that India has never lost to Pakistan in a World Cup match with a record of 11-0, Dhoni had a more realistic view of the situation. He said that all good things have to come to an end and the jinx would break someday. He said, “We will lose some day. May be in 20 years or in 50 years.”

3. Witty reply on question-related to Dhawan

When a journalist asked the skipper why Dhawan was only able to score against the smaller nations, Dhoni replied, “Because India is the largest team in the world now.” He showcased his witty side and how insightful he could be at the same time.

4. Irrelevant question about a series

When Dhoni was questioned if India had already lost a series despite the fact that there were some matches left in the series, he replied, “Till the full stop comes, the sentence is not complete.” It was a classic reply to a stupid question.

5. MS Dhoni on his growing age

When a reporter asked Dhoni in 2014 what had changed since the T20 World Cup. The reporters would have expected a normal answer like how he’s grown as a person and how the journey has been. Dhoni however simply said, “When I look at the mirror, I see a lot of gray beards.”

6. Dhoni’s explanation of his simplicity

After Dhoni captained India to a famous World Cup win in 2011, he was asked if his life had changed. He said, “I have three dogs at home. Even after losing a series or winning a series, they treat me the same way.” 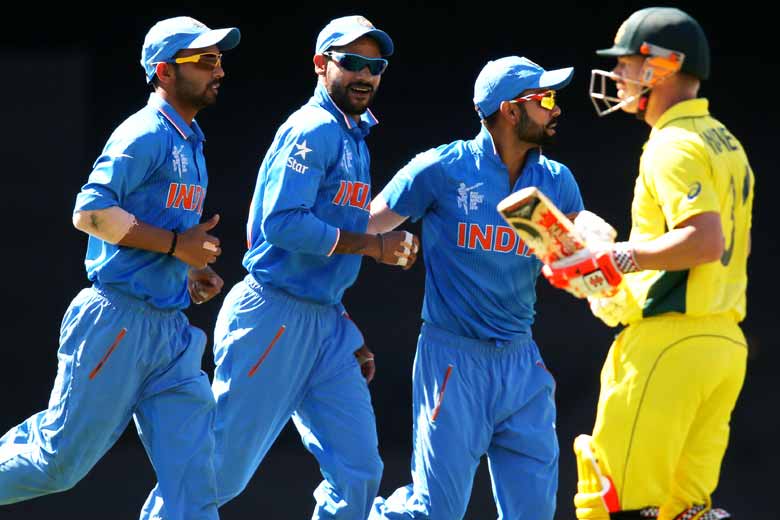 India’s defense of its 2011 World Cup came to an end after the semis in the 2015 edition. However, Dhoni took a more realistic view of the situation and did not make it seem like something massively bad had happened. He said, “Well, it’s something that doesn’t really belong to anyone. We definitely took it from someone and somebody took it from us.”

8. Dhoni’s confidence in his batting line-up 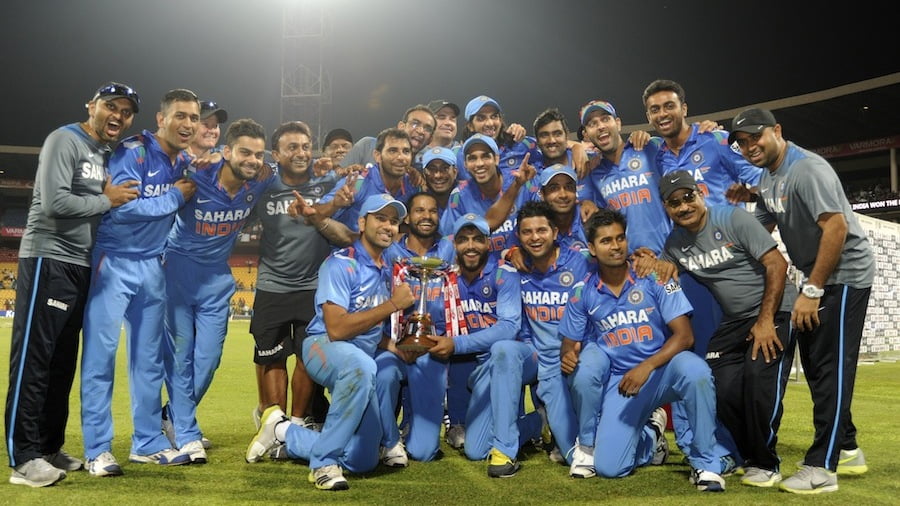 MS Dhoni defended his team during an exciting series against Australia in 2013. When a reporter asked about India’s poor bowling performances, Dhoni replied, “We have chased 350+ twice but nobody talks about the Aussie bowling line-up.”

He believed that the Australian bowlers were worse if they couldn’t defend 350 twice.

9. MS Dhoni on a series loss

When reporters asked if a whitewash in Australia would hurt more than the one in England, Dhoni curtly replied, “You die, you die, you don’t see which is the better way to die.”

Dhoni has never treated cricket like it is a matter of life and death and this approach helped him stay cool throughout.