Team India registered a historic victory 15 years back as they won the inaugural T20 World Cup in South Africa. A documentary Series on India’s 2007 T20 World Cup triumph is set to be released in 2023 which will cover the untold journey of the men in blue in 2007. Trade analyst Taran Adarsh took to his Instagram to announce the documentary web series which will be covering the several glorious events of India’s historic victory that changed the way T20 was observed in India.

” WEB SERIES ON 2007 T20 CRICKET WORLD CUP… A multi-language documentary web series on the 2007 T20 Cricket World Cup – not titled yet – is officially announced… Featuring 15 #Indian cricketers, it is set to release in 2023… Over two-thirds of the shoot is complete, ” tweeted Taran Adarsh.

It should be noted most of the senior Indian cricketers had not participated in the T20 World Cup 2007 as they weren’t sure about how well the shortest format of the game will go. A young Indian team under the captaincy of MS Dhoni with a few big names like Virender Sehwag, Harbhajan Singh, and Yuvraj Singh was part of the side.

India started their campaign with one of the most nail-biting games against Pakistan. Both teams scored 141 runs in their quota of 20 overs. As the scores were level, the game proceeded to ball out and India won the game by 3-0.

The Indian team had a complete roller coaster ride during the World Cup as they lost against New Zealand and won against England and South Africa and then beat Australia in the semi-final game. The men in blue again met Pakistan in the final and had a crunch game one more time as the game went till the last over where Joginder Sharma dismissed Misbah-Ul-Haq as India clinched the inaugural T20 World Cup trophy. 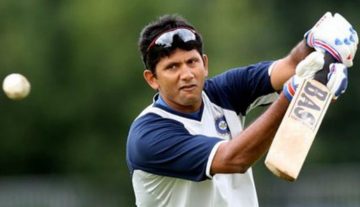