Former India opener turned famous commentator Aakash Chopra has applauded Mohammed Shami’s fiery spell in the IPL 2022 encounter between the Gujarat Titans (GT) and the Lucknow Super Giants (LSG). However, Shami dismantled the Lucknow Super Giants’ top order with his spell of 3/10 in the powerplay. He was duly awarded the Player of the Match for his stunning spell as well.

In a video shared on his YouTube channel, Aakash Chopra said: “Mohammed Shami showed once again that he bowls very well in T20 cricket. Sensational Shami, fantastic Shami, swinging Shami. The first ball was unplayable, I mean an absolute peach which you could have neither left nor played and it had to hit the bat’s edge.”

He again added: “Then Mohammed Shami goes round the stumps and Quinton de Kock out. Varun Aaron dismisses Evin Lewis with a bouncer. Then there was a small partnership developing with Manish Pandey, then Shami picks up another wicket, what a ball it was. Mohammed Shami was absolutely on fire.”

While KL Rahul got out on the first ball duck, Quinton de Kock and Manish Pandey were castled by Shami. The terrific spell helped the team gain early momentum also. Aakash Chopra also said that Deepak Hooda’s swashbuckling knock brought the Lucknow Super Giants back into the game.

“You felt Lucknow Super Giants are gone. But then comes Deepak Hooda and he played really well. He played some very good shots, some creative shots, some interesting shots, some sweep shots but he played a phenomenal innings. But Ayush Badoni was even better than him, how well he batted. He hit sixes against Rashid Khan, Hardik Pandya and Lockie Ferguson. What a guy he is, made me very happy. So well done Gautam Gambhir, Vijay Dahiya – whoever applied their brains and got this player in the team,” Aakash Chopra stated. 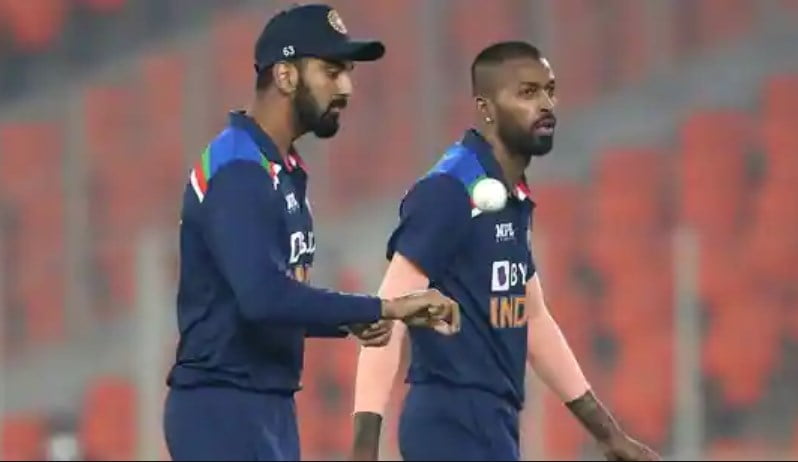 However, he also questioned KL Rahul’s captaincy during the Lucknow Super Giants’ (LSG) five-wicket loss against the Gujarat Titans (GT) in IPL 2022 on Monday. He also revealed that Rahul made a mistake by giving the 17th over to Ravi Bishnoi despite Deepak Hooda. They both gave away 39 runs in the 16th and 17th overs whereas Dushmantha Chameera got three overs only.

He said: “There was a slight question mark on KL Rahul’s captaincy because Dushmantha Chameera – the best bowler on the day – he took one over along. He had taken two wickets in his first two overs and he bowled only three overs and not the fourth. Deepak Hooda bowled a 22-run over. And then you made Ravi Bishnoi bowl the 17th over with an extremely wet ball. You had two overs left of Dushmantha and Avesh but the 17th over, which should have been bowled by a fast bowler, because a spinner got hit a lot in the 16th, you again went to a spinner. That was a calculation error.”

“What did Shubman Gill do, played a slog in the first over itself to get out. You are saying what are you doing? One team’s opener was dismissed for zero and you did the same thing. After that, Vijay Shankar out, bowled by a yorker on the stumps. Hardik Pandya came to bat as if he is absolutely set. Matthew Wade was going slow and steady. The match became interesting when Krunal Pandya dismissed Hardik Pandya and Wade also got out. Rahul Tewatia justified the huge paycheck he got, outstanding knock. David Miller was very good till the time he was there,” Aakash Chopra concluded.